“ But when erring reason proposes something as being commanded by God, then to scorn the dictate of reason is to scorn the commandment of God. ”
Thomas Aquinas, Summa Theologica (1274). copy citation

“The theologian considers sin chiefly as an offense against God; and the moral philosopher, as something contrary to reason.” Thomas Aquinas, Summa Theologica

“Reason is, and ought only to be the slave of the passions, and can never pretend to any other office than to serve and obey them.” David Hume, A Treatise of Human Nature

“The desire for guidance, love, and support prompts men to form the social or moral conception of God.” Albert Einstein, The world as I see it

“Again, to make peace either in oneself or among others, shows a man to be a follower of God, Who is the God of unity and peace.” Thomas Aquinas, Summa Theologica

“So that, in effect, religion, which should most distinguish us from beasts, and ought most peculiarly to elevate us, as rational creatures, above brutes, is that wherein men often appear most irrational, and more senseless than beasts themselves.” John Locke, An Essay Concerning Human Understanding 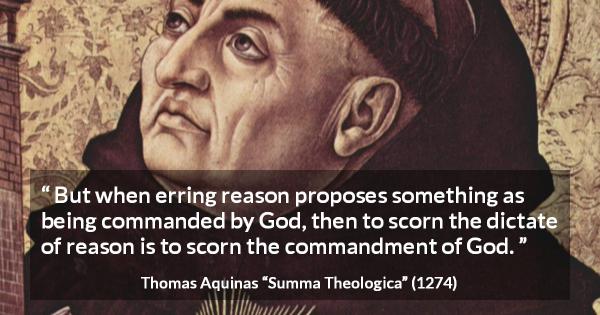 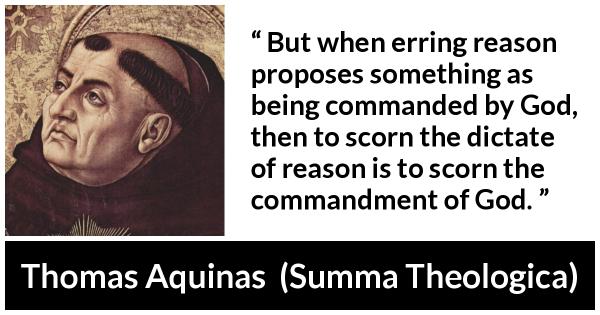 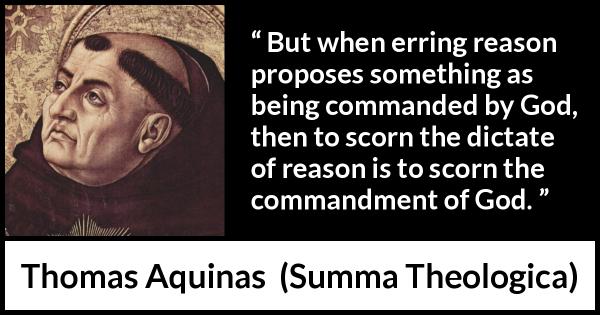 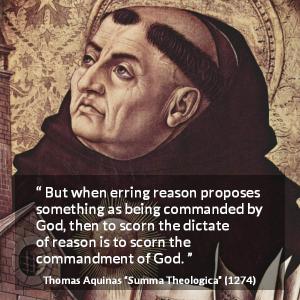 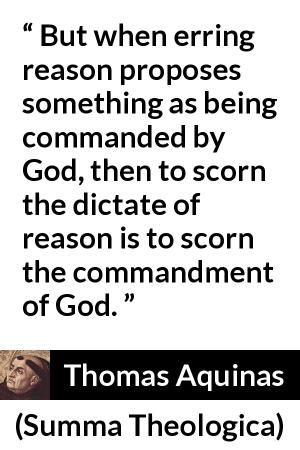 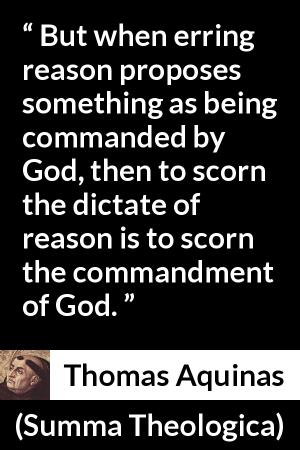