“ The theologian considers sin chiefly as an offense against God; and the moral philosopher, as something contrary to reason. ”
Thomas Aquinas, Summa Theologica (1274). copy citation

“If, however, the prohibition be referred to the natural law, which is contained primarily in the eternal law, but secondarily in the natural code of the human reason, then every sin is evil through being prohibited: since it is contrary to natural law, precisely because it is inordinate.
Reply Obj. 5: The theologian considers sin chiefly as an offense against God; and the moral philosopher, as something contrary to reason. Hence Augustine defines sin with reference to its being "contrary to the eternal law," more fittingly than with reference to its being contrary to reason; the more so, as the eternal law directs us in many things that surpass human reason, e.g.” source

“But when erring reason proposes something as being commanded by God, then to scorn the dictate of reason is to scorn the commandment of God.” Thomas Aquinas, Summa Theologica

“Generally speaking, the errors in religion are dangerous; those in philosophy only ridiculous.” David Hume, A Treatise of Human Nature

“Nothing emboldens sin so much as mercy.” William Shakespeare, Timon of Athens

“People to whom sin is just a matter of words, to them salvation is just words too.” William Faulkner, As I Lay Dying

“Believe that God loves you as you cannot conceive; that He loves you with your sin, in your sin.” Fyodor Dostoyevsky, The Brothers Karamazov 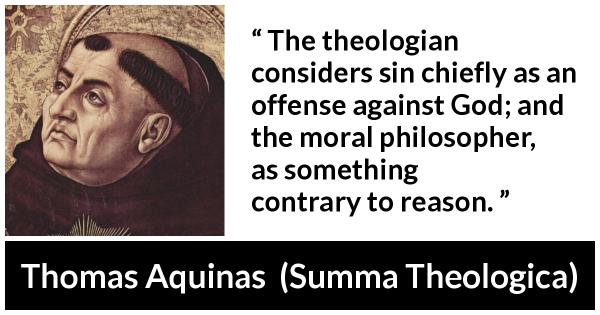 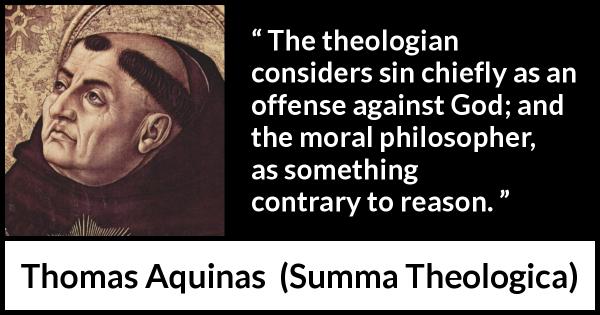 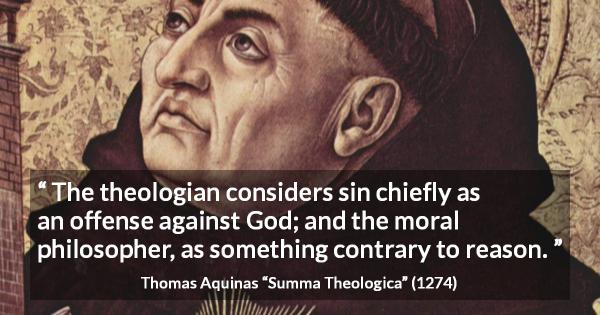 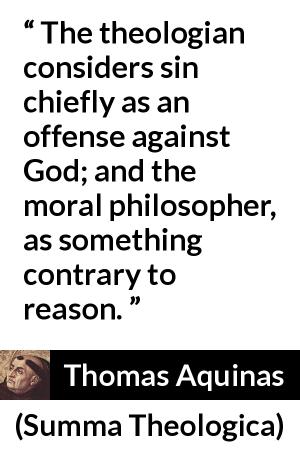 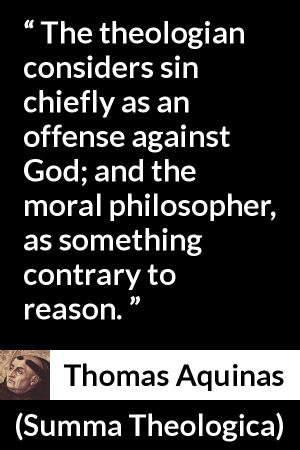 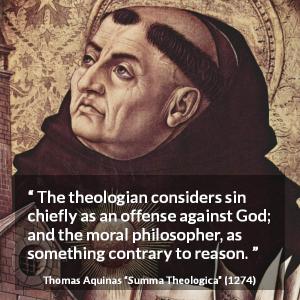