“ Never did he fail to respond savagely to the chatter of the squirrel he had first met on the blasted pine. ”
Jack London, White Fang (1906). copy citation

“He found it expedient to be cautious all the time, except for the rare moments, when, assured of his own intrepidity, he abandoned himself to petty rages and lusts.
He was always a little demon of fury when he chanced upon a stray ptarmigan. Never did he fail to respond savagely to the chatter of the squirrel he had first met on the blasted pine. While the sight of a moose-bird almost invariably put him into the wildest of rages; for he never forgot the peck on the nose he had received from the first of that ilk he encountered.
But there were times when even a moose-bird failed to affect him, and those were times when he felt himself to be in danger from some other prowling meat hunter.” source

“That is the Earth, he thought. Not a globe thousands of kilometers around, but a forest with a shining lake, a house hidden at the crest of the hill, high in the trees, a grassy slope leading upward from the water, fish leaping and birds strafing...” Orson Scott Card, Ender's Game

“They seemed so like the rats he had seen outside.” Charles Dickens, Oliver Twist 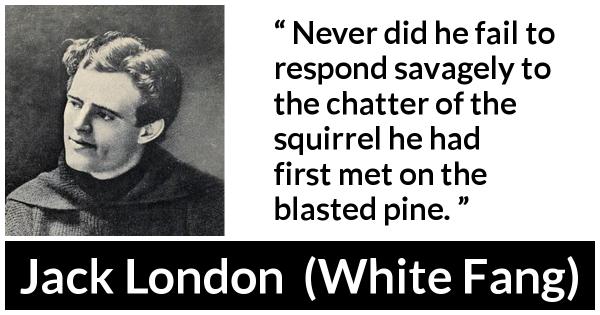 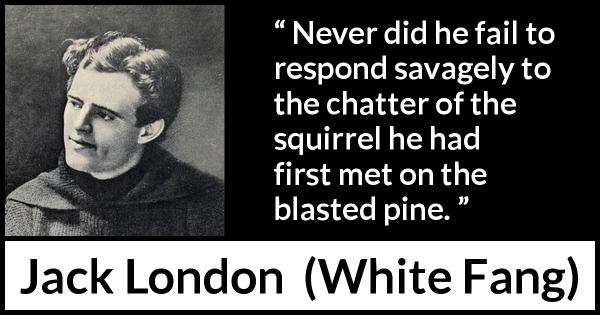 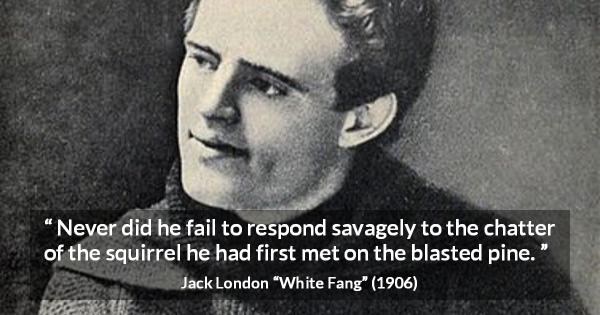 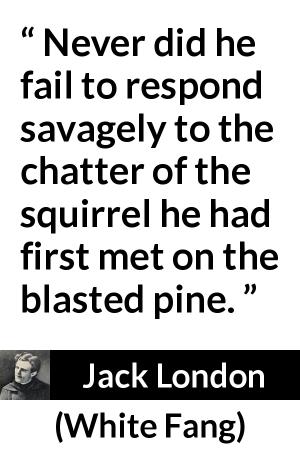 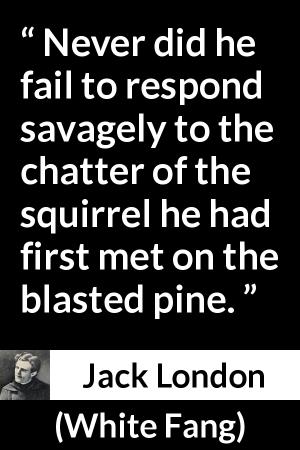 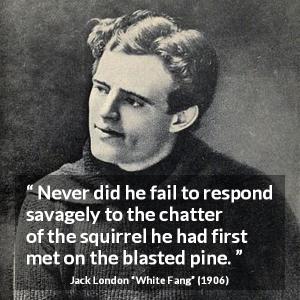