“ In dim ways he recognised in man the animal that had fought itself to primacy over the other animals of the Wild. ”
Jack London, White Fang (1906). copy citation

“He was beaten down to movelessness by an overwhelming sense of his own weakness and littleness. Here was mastery and power, something far and away beyond him.
The cub had never seen man, yet the instinct concerning man was his. In dim ways he recognised in man the animal that had fought itself to primacy over the other animals of the Wild. Not alone out of his own eyes, but out of the eyes of all his ancestors was the cub now looking upon man—out of eyes that had circled in the darkness around countless winter camp-fires, that had peered from safe distances and from the hearts of thickets at the strange, two-legged animal that was lord over living things.” source

“man invented God to sanctify the dominion that he had usurped for himself over the cow and the horse.” Milan Kundera, The Unbearable Lightness of Being

“Ethically they had arrived at the conclusion that man's supremacy over the lower animals meant not that the former should prey upon the latter, but that the higher should protect the lower, and that there should be mutual aid between the two as...” Mahatma Gandhi, The Story of my Experiments with Truth 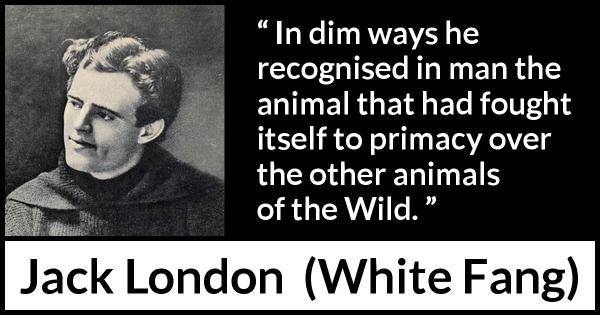 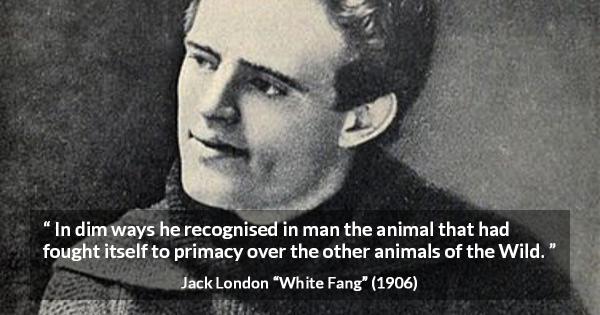 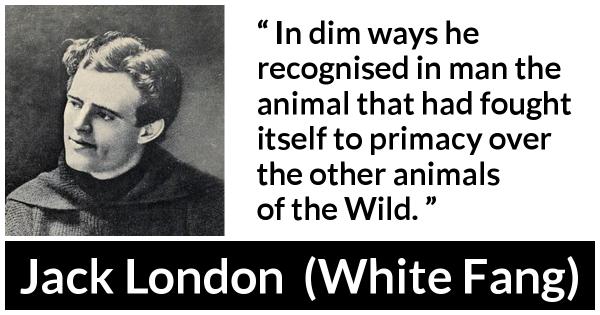 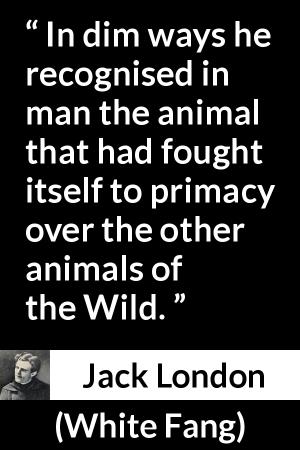 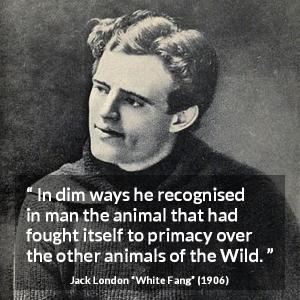 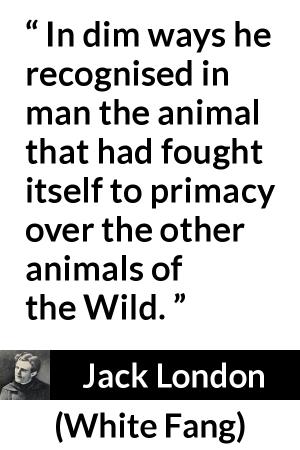