“ The pupil dilates in the dark, and the soul dilates in misfortune and ends by finding God there. ”
Victor Hugo, Les Misérables (1862). copy citation

“Still, little by little, whether it was that the distant air-holes emitted a little wavering light in this opaque gloom, or whether his eyes had become accustomed to the obscurity, some vague vision returned to him, and he began once more to gain a confused idea, now of the wall which he touched, now of the vault beneath which he was passing. The pupil dilates in the dark, and the soul dilates in misfortune and ends by finding God there.
It was not easy to direct his course.
The line of the sewer re-echoes, so to speak, the line of the streets which lie above it. There were then in Paris two thousand two hundred streets. Let the reader imagine himself beneath that forest of gloomy branches which is called the sewer.” source
Original quote
“La pupille se dilate dans la nuit et finit par y trouver du jour, de même que l'âme se dilate dans le malheur et finit par y trouver Dieu.” Victor Hugo, Les Misérables

“Yes, we inevitably turn to God; for this religious sentiment is of its nature so pure, so delightful to the soul that experiences it, that it makes up to us for all our other losses.” Aldous Huxley, Brave New World

“To have found God and still to pursue Him is the soul's paradox of love” A. W. Tozer, The Pursuit of God

“God has punished the knave, and the devil has drowned the rest.” Voltaire, Candide

“I have found God, but he is insufficient.” Henry Miller, Tropic of Cancer 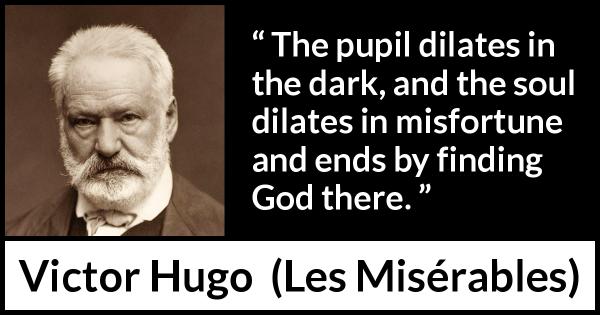 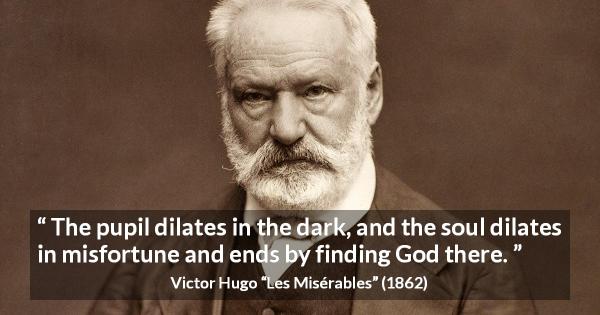 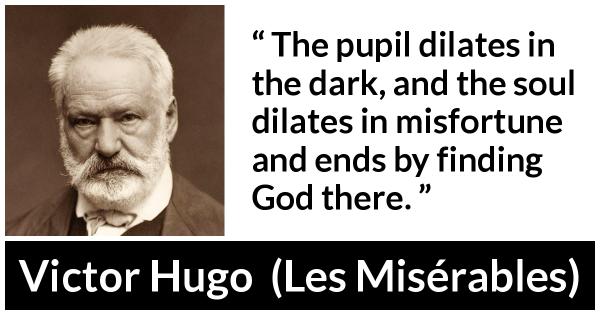 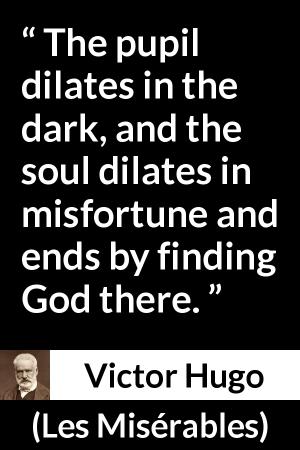 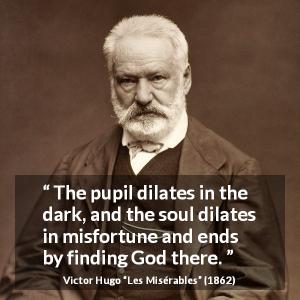 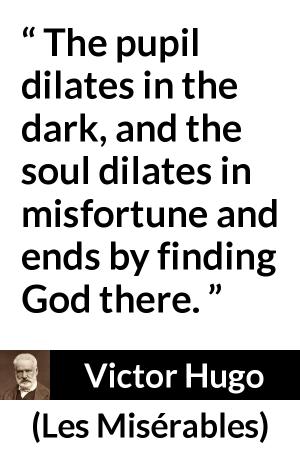