“Let us put it at the worst: suppose that there is a wrong action on my part in this, and that my conscience will reproach me for it some day, to accept, for the good of others, these reproaches which weigh only on myself; this evil action which compromises my soul alone; in that lies self-sacrifice; in that alone there is virtue.»
He rose and resumed his march; this time, he seemed to be content.
Diamonds are found only in the dark places of the earth; truths are found only in the depths of thought. It seemed to him, that, after having descended into these depths, after having long groped among the darkest of these shadows, he had at last found one of these diamonds, one of these truths, and that he now held it in his hand, and he was dazzled as he gazed upon it.” source
Original quote
“On ne trouve les diamants que dans les ténèbres de la terre ; on ne trouve les vérités que dans les profondeurs de la pensée.” Victor Hugo, Les Misérables

“Unless you expect the unexpected you will never find truth, for it is hard to discover and hard to attain.” Heraclitus, On Nature

“Those truths which we know are very few in comparison with those which we do not know.” Galileo Galilei, Letter to the Grand Duchess Christina of Tuscany

“To attain the highth and depth of thy eternal ways all human thoughts come short, Supreme of things!” John Milton, Paradise Lost

“The only way you can write the truth is to assume that what you set down will never be read.” Margaret Atwood, The Blind Assassin 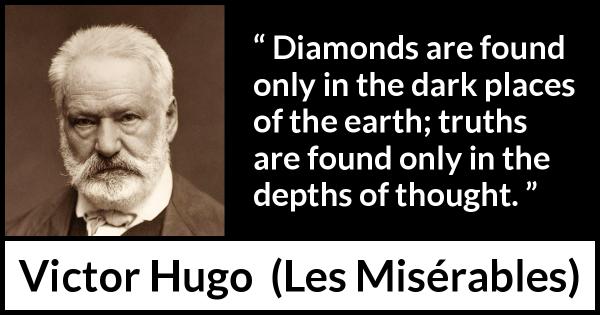 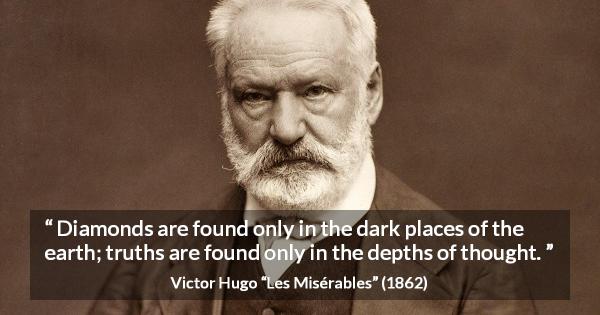 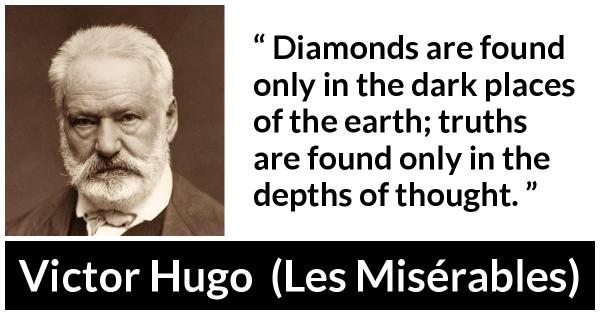 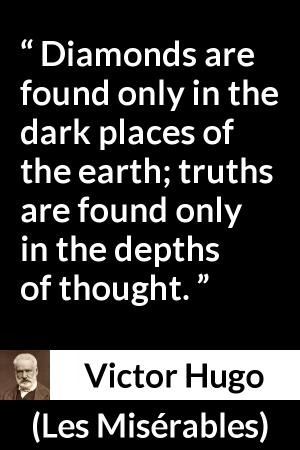 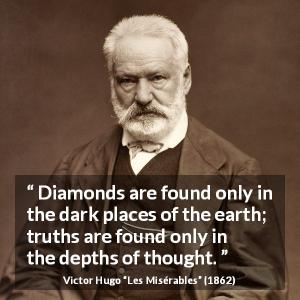 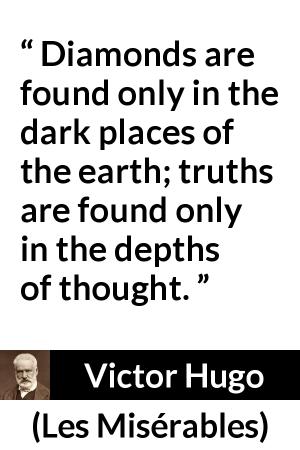