“ The wise man thinks about his troubles only when there is some purpose in doing so; at other times he thinks about other things, or, if it is night, about nothing at all. ”
Bertrand Russell, The Conquest of Happiness (1930). copy citation

“Men take their business worries to bed with them, and in the hours of the night, when they should be gaining fresh strength to cope with tomorrow's troubles, they are going over and over again in their minds problems about which at the moment they can do nothing, thinking about them, not in a way to produce a sound line of conduct on the morrow, but in that half-insane way that characterises the troubled meditations of insomnia. Something of the midnight madness still clings about them in the morning, clouding their judgement, spoiling their temper, and making every obstacle infuriating.
The wise man thinks about his troubles only when there is some purpose in doing so; at other times he thinks about other things, or, if it is night, about nothing at all. I do not mean to suggest that at a great crisis, for example, when ruin is imminent, or when a man has reason to suspect that his wife is deceiving him, it is possible, except to a few exceptionally disciplined minds, to shut out the trouble at moments when nothing can be done about it.” source

“When a man says he does not want to speak of something he usually means he can think of nothing else.” John Steinbeck, East of Eden

“We can generally read a man's purpose towards us in his manner, if his purposes are of much moment to us.” Anthony Trollope, Phineas Redux

“I believe that what we become depends on what our fathers teach us at odd moments, when they aren't trying to teach us. We are formed by little scraps of wisdom.” Umberto Eco, Foucault's Pendulum 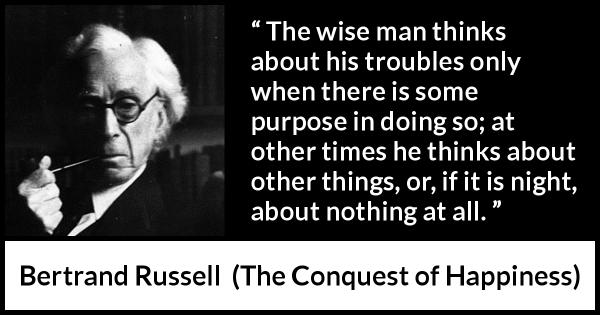 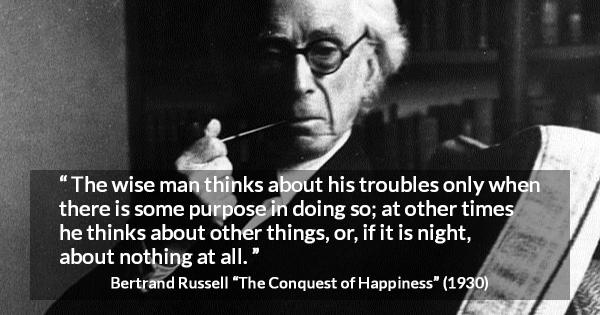 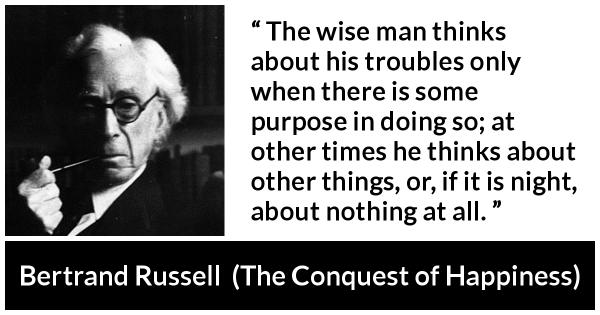 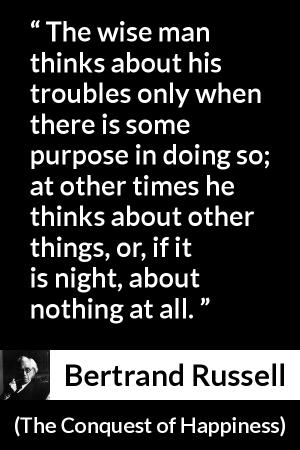 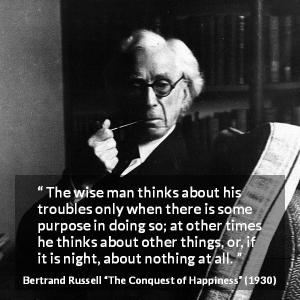 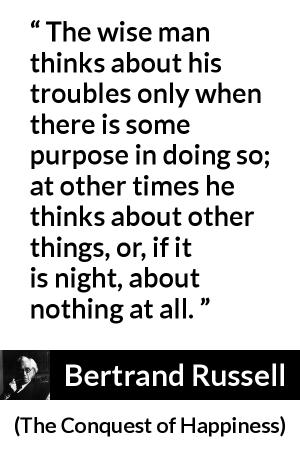