“ We can generally read a man's purpose towards us in his manner, if his purposes are of much moment to us. ”
Anthony Trollope, Phineas Redux (1874). copy citation

“And he thought that Mr. Gresham was hardly as cordial to him as he might be when they met in the closer intercourse of the House. There was always a word or two spoken, and sometimes a shaking of hands. He had no right to complain. But yet he knew that something was wanting. We can generally read a man's purpose towards us in his manner, if his purposes are of much moment to us.
Phineas had written to Lady Laura, giving her an account of the occurrence in Judd Street on the 1st of March, and had received from her a short answer by return of post. It contained hardly more than a thanksgiving that his life had not been sacrificed, and in a day or two she had written again, letting him know that she had determined to consult her father.” source

“The wise man thinks about his troubles only when there is some purpose in doing so; at other times he thinks about other things, or, if it is night, about nothing at all.” Bertrand Russell, The Conquest of Happiness

“But men may construe things after their fashion, Clean from the purpose of the things themselves.” William Shakespeare, Julius Caesar

“There is a greater purpose to all this. It is your destiny.” Nicholas Sparks, The Lucky One 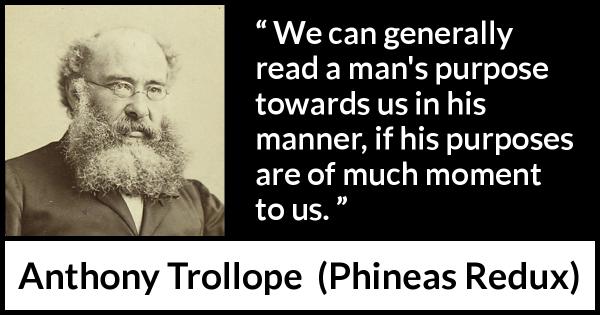 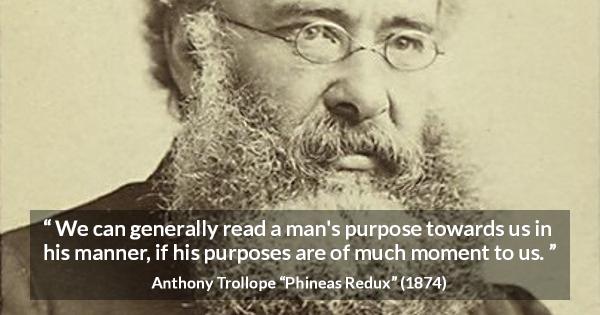 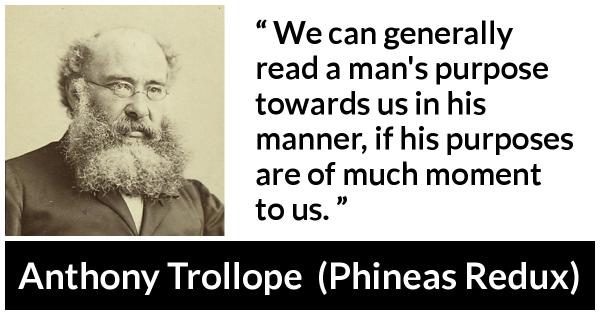 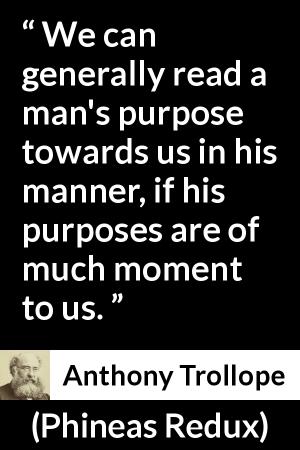 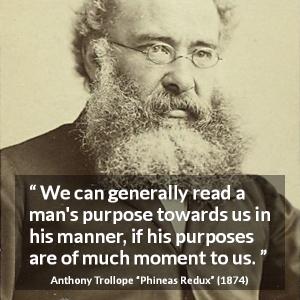 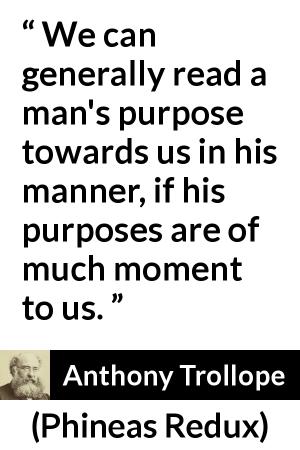