“ Patience, that blending of moral courage with physical timidity, was now no longer a minor feature in Mrs Angel Clare; and it sustained her. ”
Thomas Hardy, Tess of the d'Urbervilles (1891). copy citation

“Of the three classes of village, the village cared for by its lord, the village cared for by itself, and the village uncared for either by itself or by its lord (in other words, the village of a resident squire's tenantry, the village of free or copy-holders, and the absentee-owner's village, farmed with the land) this place, Flintcomb-Ash, was the third.
But Tess set to work. Patience, that blending of moral courage with physical timidity, was now no longer a minor feature in Mrs Angel Clare; and it sustained her.
The swede-field in which she and her companion were set hacking was a stretch of a hundred odd acres in one patch, on the highest ground of the farm, rising above stony lanchets or lynchets—the outcrop of siliceous veins in the chalk formation, composed of myriads of loose white flints in bulbous, cusped, and phallic shapes.” source

“courage is a kind of salvation.” Plato, The Republic

“Joy and grief were mingled in the cup; but there were no bitter tears: for even grief itself arose so softened, and clothed in such sweet and tender recollections, that it became a solemn pleasure, and lost all character of pain.” Charles Dickens, Oliver Twist 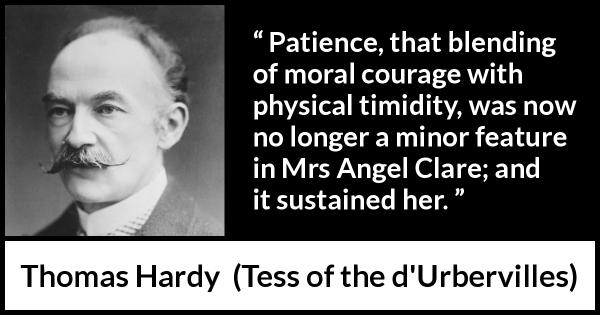 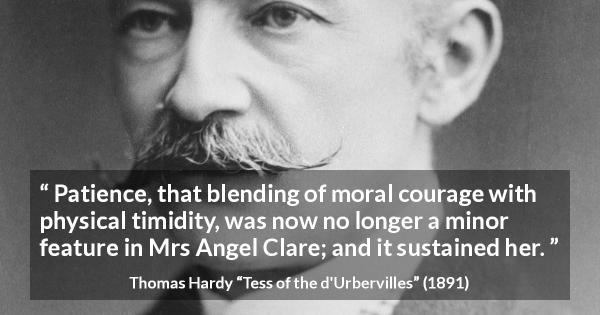 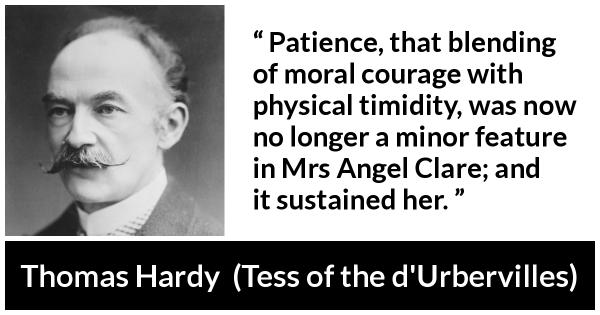 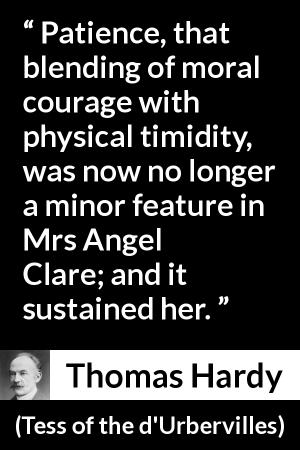 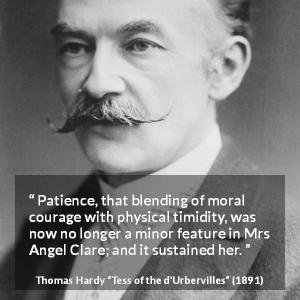 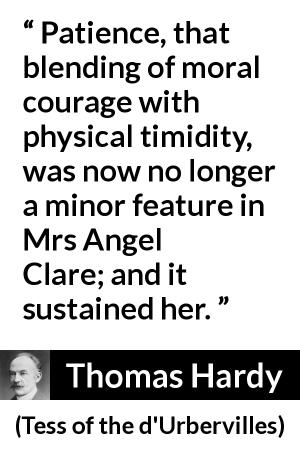