“ Droll thing life is—that mysterious arrangement of merciless logic for a futile purpose. The most you can hope from it is some knowledge of yourself—that comes too late—a crop of unextinguishable regrets. ”
Joseph Conrad, Heart of Darkness (1899). copy citation

“«And then they very nearly buried me.
«However, as you see, I did not go to join Kurtz there and then. I did not. I remained to dream the nightmare out to the end, and to show my loyalty to Kurtz once more. Destiny. My destiny! Droll thing life is—that mysterious arrangement of merciless logic for a futile purpose. The most you can hope from it is some knowledge of yourself—that comes too late—a crop of unextinguishable regrets. I have wrestled with death. It is the most unexciting contest you can imagine. It takes place in an impalpable greyness, with nothing underfoot, with nothing around, without spectators, without clamour, without glory, without the great desire of victory, without the great fear of defeat, in a sickly atmosphere of tepid scepticism, without much belief in your own right, and still less in that of your adversary.” source

“Life's but a walking shadow; a poor player, that struts and frets his hour upon the stage, and then is heard no more: it is a tale told by an idiot, full of sound and fury, signifying nothing.” William Shakespeare, Macbeth

“if a sadness rises in front of you, larger than any you have ever seen; if an anxiety, like light and cloud-shadows, moves over your hands and over everything you do. You must realize that something is happening to you, that life has not...” Rainer Maria Rilke, Letters to a Young Poet

“While you do not know life, how can you know about death?” Confucius, Analects

“I desire to forget life. Life is a hideous invention of I know not whom. It lasts no time at all, and is worth nothing. One breaks one’s neck in living.” Victor Hugo, Les Misérables

“When you get used to that kind of life—of never having anything you want—then you stop knowing what it is you want.” Haruki Murakami, The Wind-Up Bird Chronicle

“You spend your whole life stuck in the labyrinth, thinking about how you'll escape it one day, and how awesome it will be, and imagining that future keeps you going, but you never do it. You just use the future to escape the present.” John Green, Looking for Alaska

“You are the only young man that I know of who ignores the fact that the future becomes the present, the present the past, and the past turns into everlasting regret if you don’t plan for it!” Tennessee Williams, The Glass Menagerie

“This is the true joy in life, the being used for a purpose recognized by yourself as a mighty one; the being thoroughly worn out before you are thrown on the scrap heap; the being a force of Nature instead of a feverish selfish little clod of...” George Bernard Shaw, Man and Superman

“I don't like work—no man does—but I like what is in the work—the chance to find yourself. Your own reality—for yourself, not for others—what no other man can ever know. They can only see the mere show, and never can tell what it really...” Joseph Conrad, Heart of Darkness 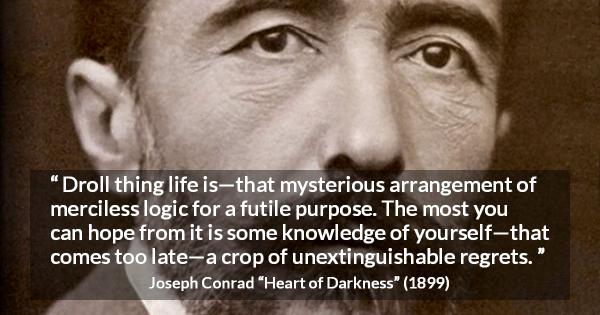 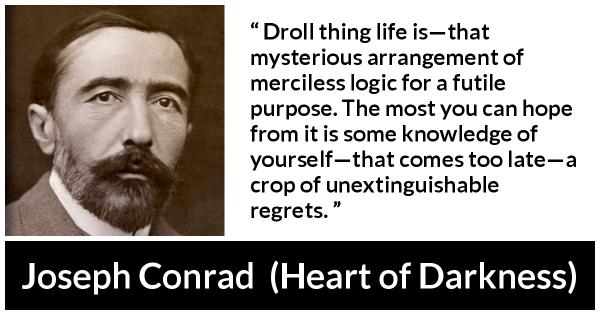 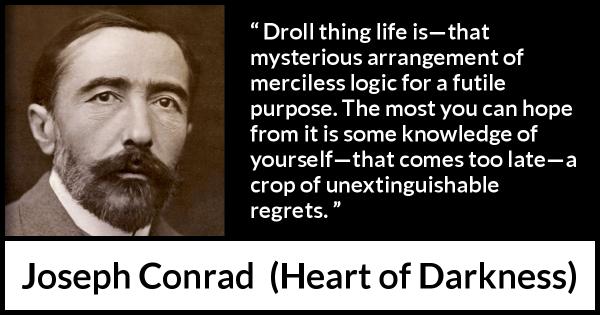 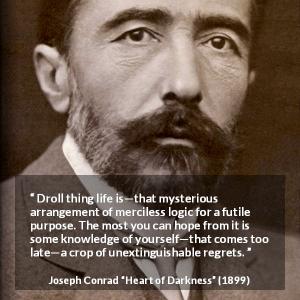 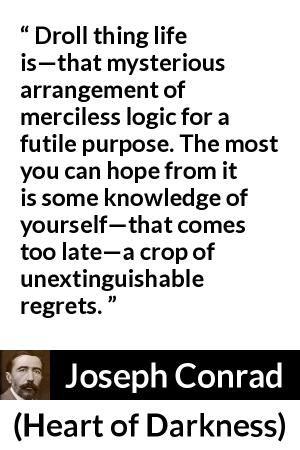 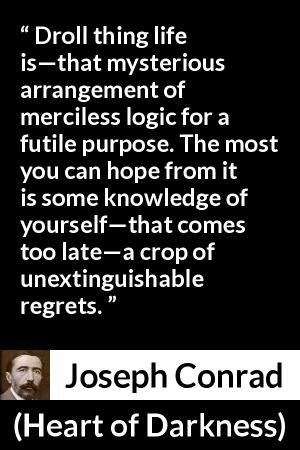