“ That innate love of melody, which she had inherited from her ballad-singing mother, gave the simplest music a power over her which could well-nigh drag her heart out of her bosom at times. ”
Thomas Hardy, Tess of the d'Urbervilles (1891). copy citation

“In the course of a few weeks Tess revived sufficiently to show herself so far as was necessary to get to church one Sunday morning. She liked to hear the chanting—such as it was—and the old Psalms, and to join in the Morning Hymn. That innate love of melody, which she had inherited from her ballad-singing mother, gave the simplest music a power over her which could well-nigh drag her heart out of her bosom at times.
To be as much out of observation as possible for reasons of her own, and to escape the gallantries of the young men, she set out before the chiming began, and took a back seat under the gallery, close to the lumber, where only old men and women came, and where the bier stood on end among the churchyard tools.” source

“Like all other music, it breathed passion and pathos, and emotions high or tender, in a tongue native to the human heart, wherever educated.” Nathaniel Hawthorne, The Scarlet Letter

“Politics can be strengthened by music, but music has a potency that defies politics.” Nelson Mandela, Long Walk to Freedom

“Ah me, how weak a thing the heart of woman is!” William Shakespeare, Julius Caesar

“For that great Love speaks in the most wretched and dirty hearts; only the tone of its voice depends on the echoes of the place in which it sounds.” George MacDonald, At the Back of the North Wind

“You are like a chestnut burr, prickly outside, but silky-soft within, and a sweet kernal, if one can only get at it. Love will make you show your heart one day, and then the rough burr will fall off.” Louisa May Alcott, Little Women 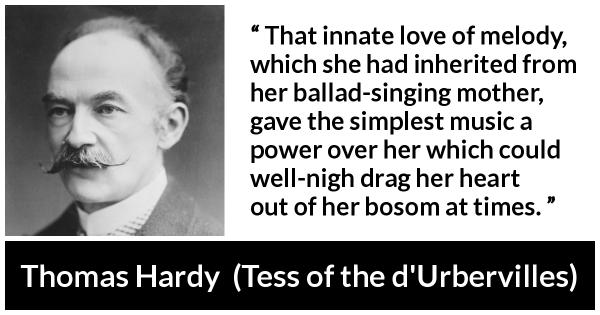 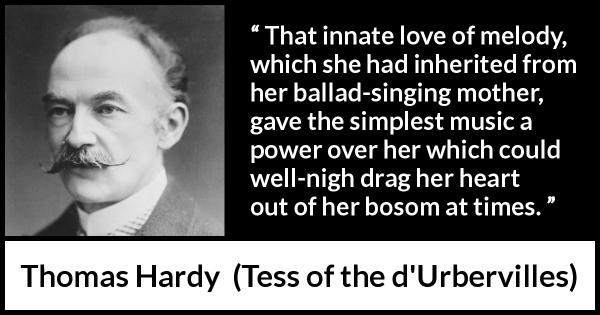 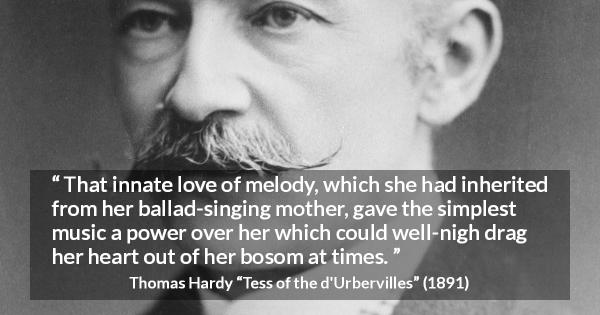 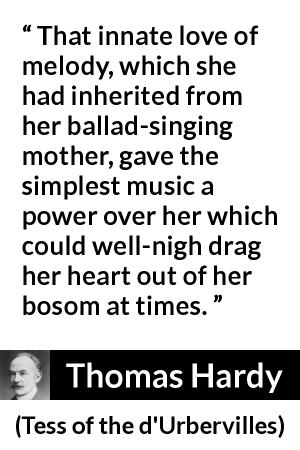 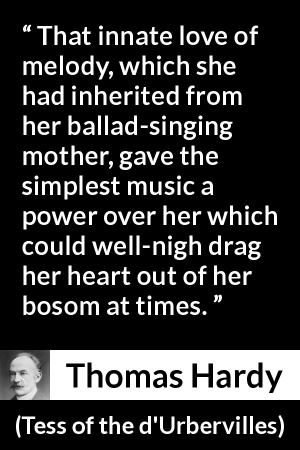 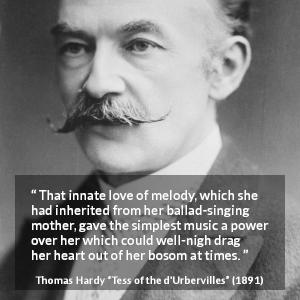