“Some of the very peasants who had been most active in wrangling with him over the hay, some whom he had treated with contumely, and who had tried to cheat him, those very peasants had greeted him good-humoredly, and evidently had not, were incapable of having any feeling of rancor against him, any regret, any recollection even of having tried to deceive him. All that was drowned in a sea of merry common labor. God gave the day, God gave the strength. And the day and the strength were consecrated to labor, and that labor was its own reward. For whom the labor? What would be its fruits? These were idle considerations—beside the point.
Often Levin had admired this life, often he had a sense of envy of the men who led this life; but today for the first time, especially under the influence of what he had seen in the attitude of Ivan Parmenov to his young wife, the idea presented itself definitely to his mind that it was in his power to exchange the dreary, artificial, idle, and individualistic life he was leading for this laborious, pure, and socially delightful life.” source

“The best commendation of any work is to know that one has done the work that God has given him well and that God is pleased with his effort.” Martin Luther, Commentary on the Epistle to the Galatians

“God made food, the devil the cooks.” James Joyce, Ulysses

“Creation's probably overrated. After all, God made the world in only six days and rested on the seventh.” Ernest Hemingway, A Moveable Feast

“Food and fire, protection and companionship, were some of the things he received from the god. In return, he guarded the god's property, defended his body, worked for him, and obeyed him.” Jack London, White Fang 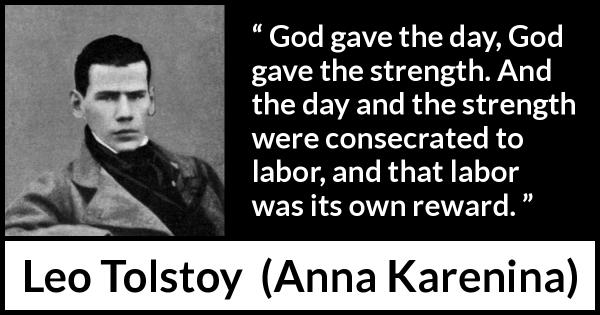 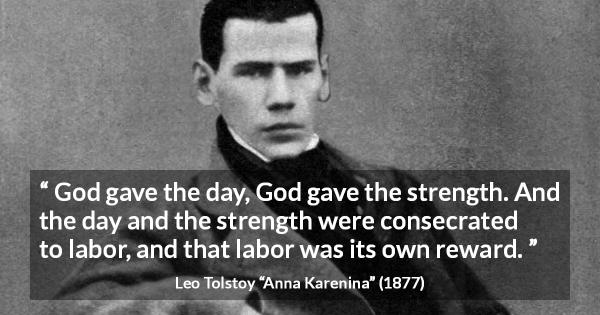 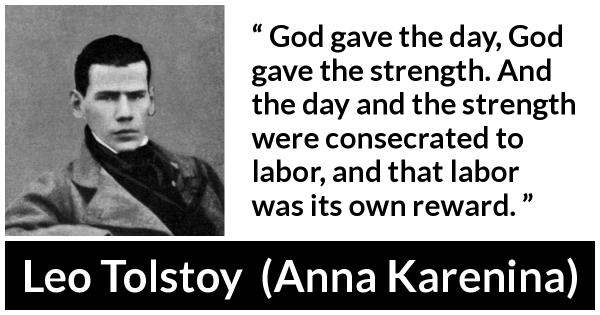 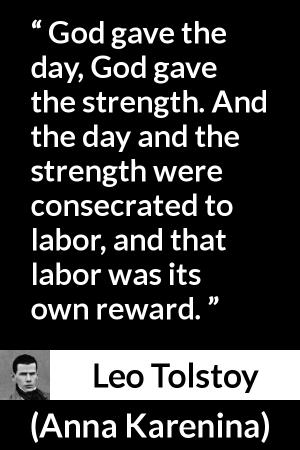 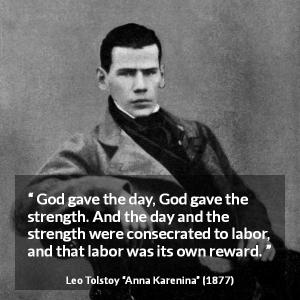 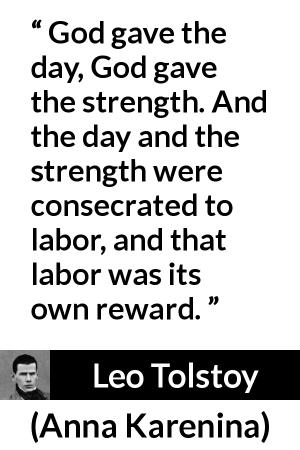