“ God made him, and therefore let him pass for a man. ”
William Shakespeare, The Merchant of Venice (1600). copy citation

“He doth nothing but frowne (as who should say, and you will not haue me, choose: he heares merrie tales and smiles not, I feare hee will proue the weeping Phylosopher when he growes old, being so full of vnmannerly sadnesse in his youth.) I had rather to be married to a deaths head with a bone in his mouth, then to either of these: God defend me from these two
Ner. How say you by the French Lord, Mounsier Le Boune? Por. God made him, and therefore let him passe for a man, in truth I know it is a sinne to be a mocker, but he, why he hath a horse better then the Neopolitans, a better bad habite of frowning then the Count Palentine, he is euery man in no man, if a Trassell sing, he fals straight a capring, he will fence with his owne shadow. If I should marry him, I should marry twentie husbands: if hee would despise me, I would forgiue him, for if he loue me to madnesse, I should neuer requite him
Ner. What say you then to Fauconbridge, the yong Baron of England?” source

“I am convinced that God is love, this thought has for me a primitive lyrical validity.” Søren Kierkegaard, Fear and Trembling

“man invented God to sanctify the dominion that he had usurped for himself over the cow and the horse.” Milan Kundera, The Unbearable Lightness of Being

“God is not willing to do everything, and thus take away our free will and that share of glory which belongs to us.” Niccolò Machiavelli, The Prince

“God sets us nothing but riddles.” Fyodor Dostoyevsky, The Brothers Karamazov

“if your God wanted to convince us, he could have done a much better job.” Carl Sagan, Contact

“Shalt thou give law to God? shalt thou dispute with him the points of liberty, who made thee what thou art, and formed the Powers of Heaven such as he pleased, and circumscribed their being?” John Milton, Paradise Lost

“I think I would rather be a man than a god. We don’t need anyone to believe in us. We just keep going anyhow.” Neil Gaiman, American Gods 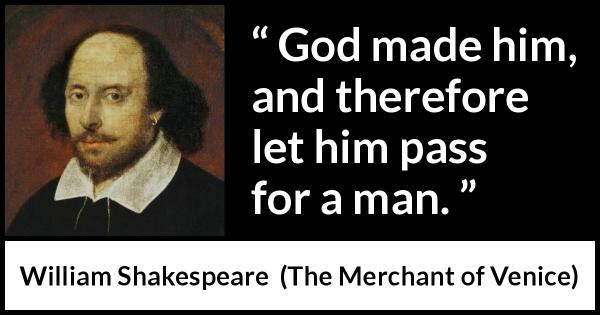 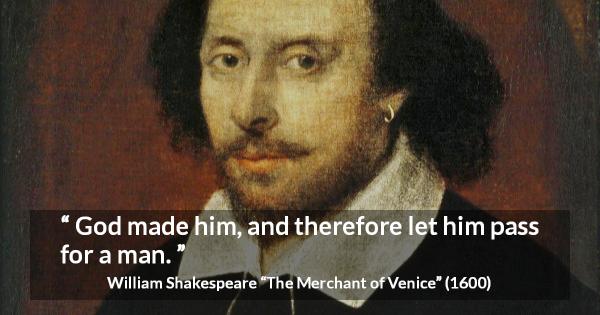 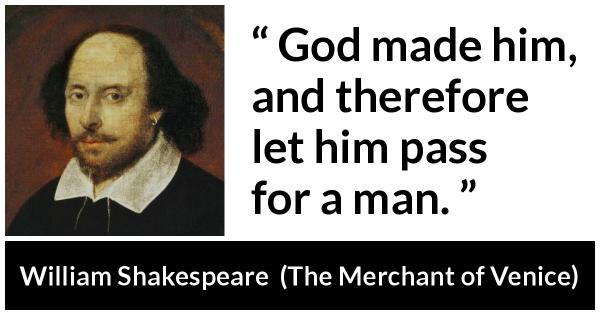 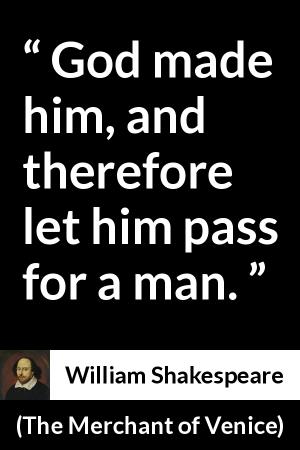 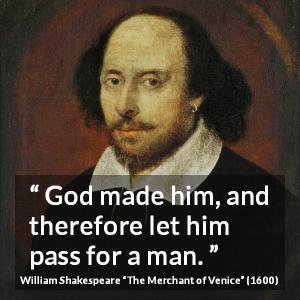