“ No man could demand from him an account of his actions; God, if he believed in one—his conscience, if he had one—were the sole judges to whom he was answerable. ”
Jules Verne, Twenty Thousand Leagues under the Sea (1870). copy citation

“Who then would dare to pursue him at the bottom of the sea, when, on its surface, he defied all attempts made against him?
What vessel could resist the shock of his submarine monitor? What cuirass, however thick, could withstand the blows of his spur? No man could demand from him an account of his actions; God, if he believed in one—his conscience, if he had one—were the sole judges to whom he was answerable.
These reflections crossed my mind rapidly, whilst the stranger personage was silent, absorbed, and as if wrapped up in himself. I regarded him with fear mingled with interest, as, doubtless, OEdiphus regarded the Sphinx.” source
Original quote
“Nul, entre les hommes, ne pouvait lui demander compte de ses œuvres. Dieu, s'il y croyait, sa conscience, s'il en avait une, étaient les seuls juges dont il put dépendre.” Jules Verne, Vingt Mille Lieues sous les mers

“That is why Christians are told not to judge. We see only the results which a man's choices make out of his raw material. But God does not judge him on the raw material at all, but on what he has done with it.” C. S. Lewis, Mere Christianity

“Let every man judge according to his own standards, by what he has himself read, not by what others tell him.” Albert Einstein, The world as I see it

“With a good conscience our only sure reward, with history the final judge of our deeds; let us go forth to lead the land we love, asking His blessing and His help, but knowing that here on earth God's work must truly be our own.” John F. Kennedy, Inaugural Address 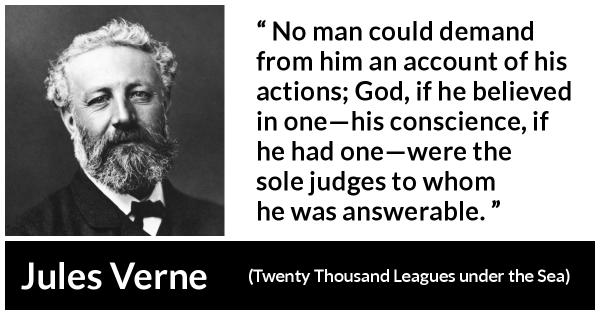 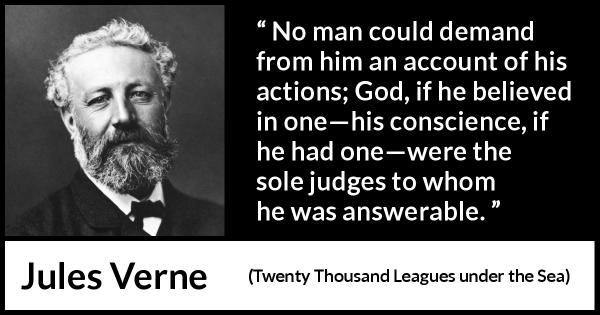 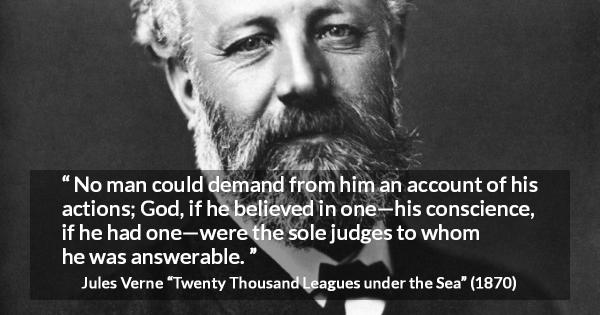 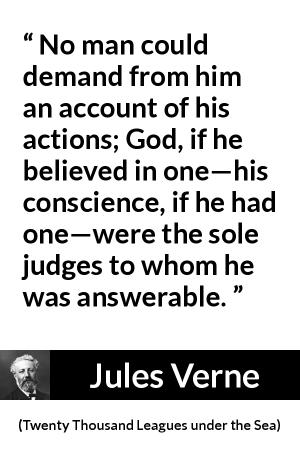 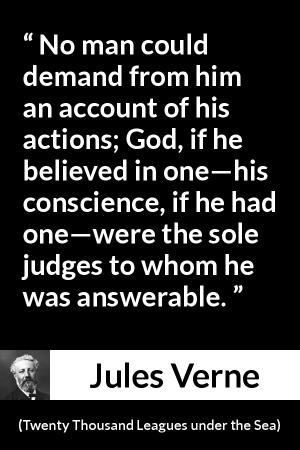 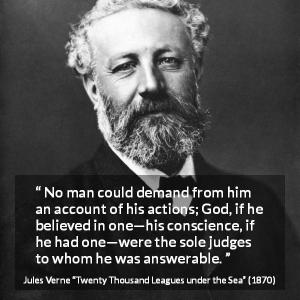