“ It was one of the great livery-stableman's most masterly intuitions to have discovered that Americans want to get away from amusement even more quickly than they want to get to it. ”
Edith Wharton, The Age of Innocence (1920). copy citation

“To come to the Opera in a Brown coupe was almost as honourable a way of arriving as in one's own carriage; and departure by the same means had the immense advantage of enabling one (with a playful allusion to democratic principles) to scramble into the first Brown conveyance in the line, instead of waiting till the cold-and-gin congested nose of one's own coachman gleamed under the portico of the Academy. It was one of the great livery-stableman's most masterly intuitions to have discovered that Americans want to get away from amusement even more quickly than they want to get to it.
When Newland Archer opened the door at the back of the club box the curtain had just gone up on the garden scene. There was no reason why the young man should not have come earlier, for he had dined at seven, alone with his mother and sister, and had lingered afterward over a cigar in the Gothic library with glazed black-walnut bookcases and finial-topped chairs which was the only room in the house where Mrs. Archer allowed smoking.” source

“we never succeeded in deflecting the Americans from their purpose. Their national psychology is such that the bigger the Idea the more whole-heartedly and obstinately do they throw themselves into making it a success. It is an admirable...” Winston Churchill, The Second World War

“It made me aware that hard-won things are more valuable than those that come too easily.” Richard Branson, Screw It, Let's Do It 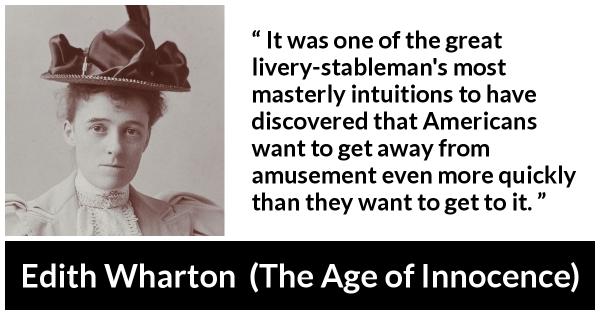 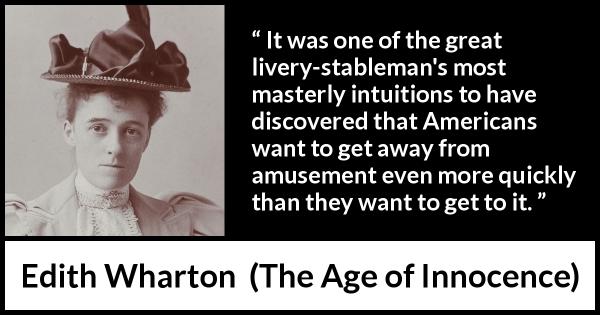 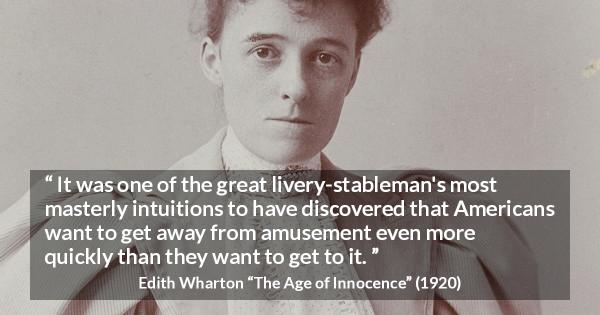 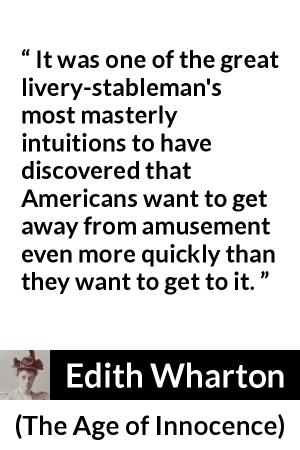 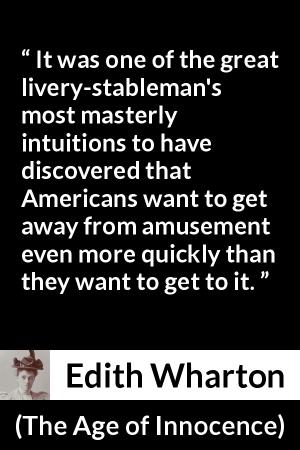 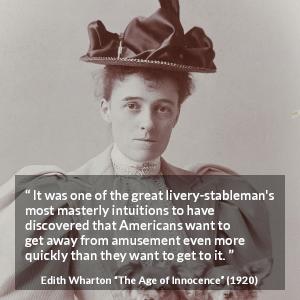