“ Ah, no, he did not want May to have that kind of innocence, the innocence that seals the mind against imagination and the heart against experience! ”
Edith Wharton, The Age of Innocence (1920). copy citation

“He could picture the sudden decomposure of her firm placid features, to which a lifelong mastery over trifles had given an air of factitious authority. Traces still lingered on them of a fresh beauty like her daughter's; and he asked himself if May's face was doomed to thicken into the same middle-aged image of invincible innocence.
Ah, no, he did not want May to have that kind of innocence, the innocence that seals the mind against imagination and the heart against experience!
"I verily believe," Mrs. Welland continued, "that if the horrible business had come out in the newspapers it would have been my husband's death-blow. I don't know any of the details; I only ask not to, as I told poor Ellen when she tried to talk to me about it.” source

“His eyes were dimmed with tears and, looking humbly up to heaven, he wept for the innocence he had lost.” James Joyce, A Portrait of the Artist as a Young Man

“As a disciple of Mably and Rousseau, he flattered himself on being a man without any prejudices; and this pretension itself is a very great prejudice.” Anatole France, The Crime of Sylvestre Bonnard 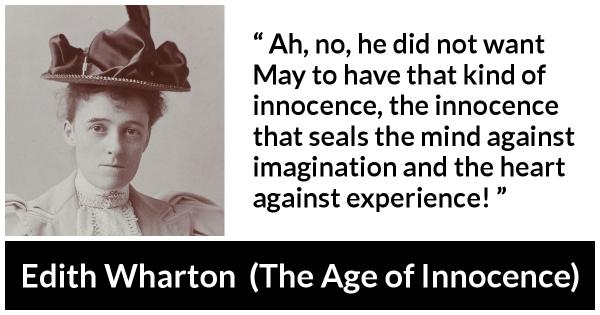 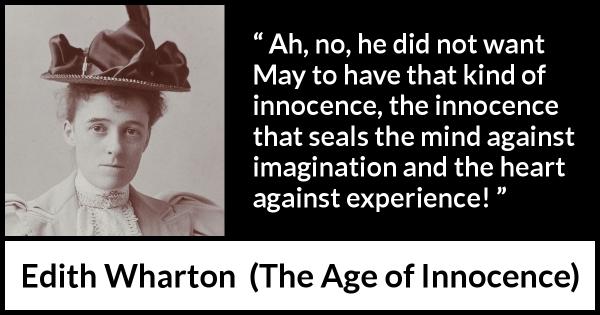 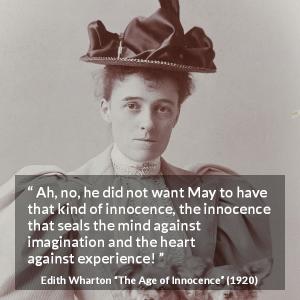 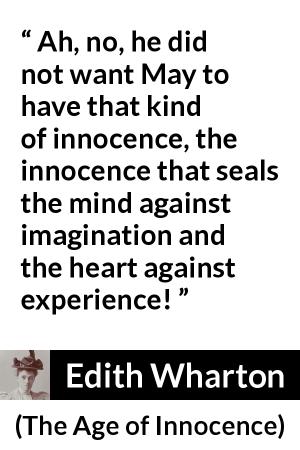 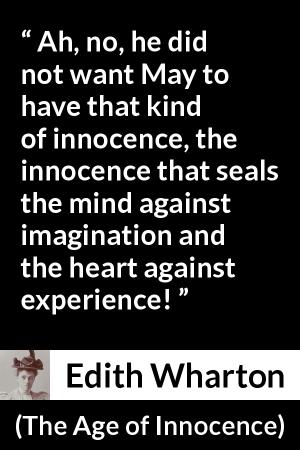