“ One friend in a lifetime is much; two are many; three are hardly possible. Friendship needs a certain parallelism of life, a community of thought, a rivalry of aim. ”
Henry Adams, The Education of Henry Adams (1906). copy citation

“He had in him something of the Greek—a touch of Alcibiades or Alexander. One Clarence King only existed in the world.
A new friend is always a miracle, but at thirty-three years old, such a bird of paradise rising in the sage-brush was an avatar. One friend in a lifetime is much; two are many; three are hardly possible. Friendship needs a certain parallelism of life, a community of thought, a rivalry of aim. King, like Adams, and all their generation, was at that moment passing the critical point of his career. The one, coming from the west, saturated with the sunshine of the Sierras, met the other, drifting from the east, drenched in the fogs of London, and both had the same problems to handle—the same stock of implements—the same field to work in; above all, the same obstacles to overcome.” source

“In love there are no friends. Everywhere where there is a pretty woman hostility is open.” Victor Hugo, Les Misérables

“Friendship, like the immortality of the soul, is too good to be believed.” Ralph Waldo Emerson, Friendship

“Friendship is less simple. It is long and hard to obtain, but when one has it there's no getting rid of it; one simply has to cope with it.” Albert Camus, The Fall

“Between men and women there is no friendship possible. There is passion, enmity, worship, love, but no friendship.” Oscar Wilde, Lady Windermere's Fan

“Anybody can sympathise with the sufferings of a friend, but it requires a very fine nature—it requires, in fact, the nature of a true Individualist—to sympathise with a friend's success.” Oscar Wilde, The Soul of Man under Socialism

“nobody is capable of really thinking about anyone, even in the worst calamity. For really to think about someone means thinking about that person every minute of the day, without letting one's thoughts be diverted by anything, by meals, by a fly...” Albert Camus, The Plague 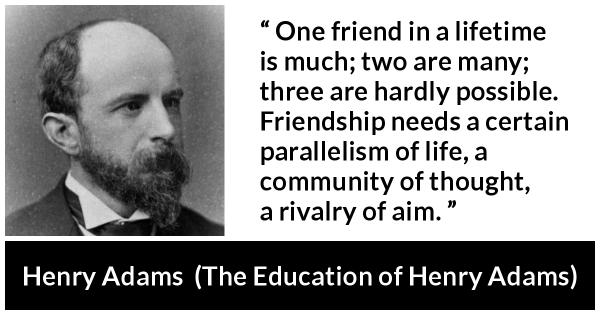 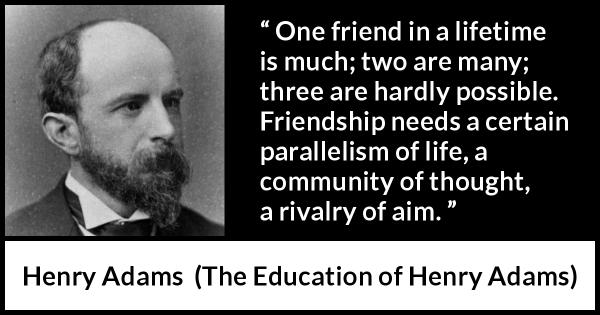 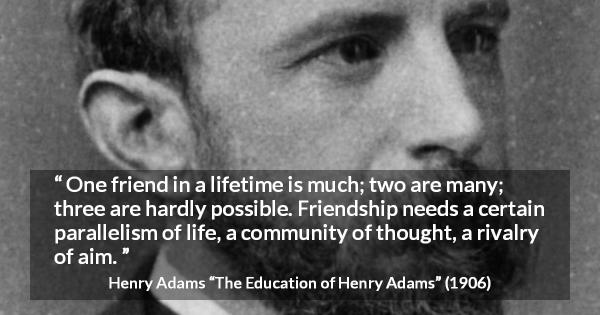 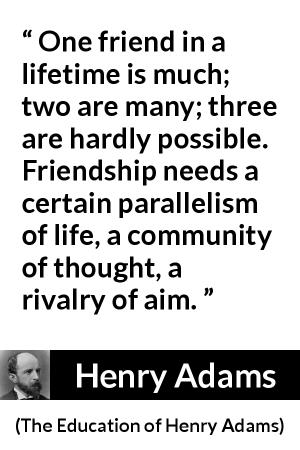 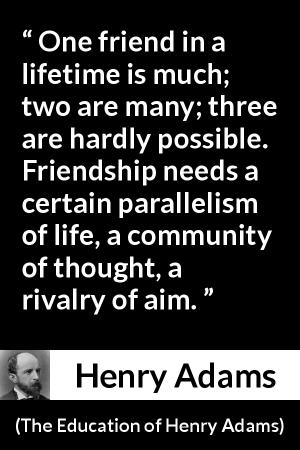 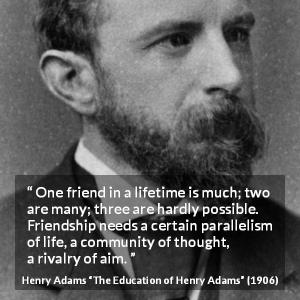