“Granting, in spite of evidence, that Gladstone had no set plan of breaking up the Union; that he was party to no conspiracy; that he saw none of the results of his acts which were clear to every one else; granting in short what the English themselves seemed at last to conclude—that Gladstone was not quite sane; that Russell was verging on senility; and that Palmerston had lost his nerve—what sort of education should have been the result of it? How should it have affected one's future opinions and acts?
Politics cannot stop to study psychology. Its methods are rough; its judgments rougher still. All this knowledge would not have affected either the Minister or his son in 1862. The sum of the individuals would still have seemed, to the young man, one individual—a single will or intention—bent on breaking up the Union "as a diminution of a dangerous power."” source

“Politics, as a practice, whatever its professions, had always been the systematic organization of hatreds, and Massachusetts politics had been as harsh as the climate.” Henry Adams, The Education of Henry Adams

“Society must be studied in the individual and the individual in society; those who desire to treat politics and morals apart from one another will never understand either.” Jean-Jacques Rousseau, Emile, or On Education

“Extremes mean borders beyond which life ends, and a passion for extremism, in art and in politics, is a veiled longing for death.” Milan Kundera, The Unbearable Lightness of Being

“Psychoanalysis is justly suspicious. One of its rules reads: Whatever disturbs the continuation of the work is a resistance.” Sigmund Freud, The Interpretation of Dreams 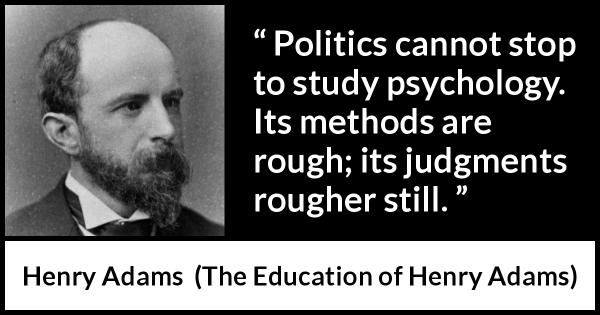 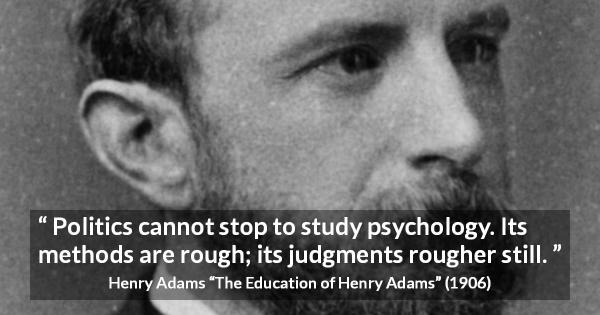 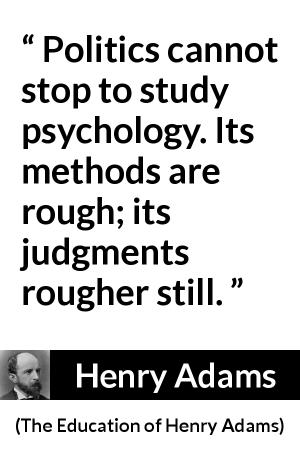 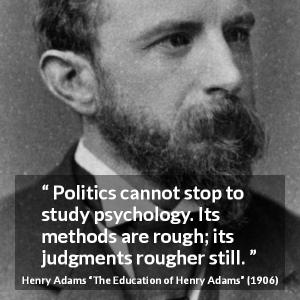