“Hay's chance lay in patience and good-temper till the luck should turn, and to him the only object was time; but as political education the point seemed vital to Adams, who never liked shutting his eyes or denying an evident fact. Practical politics consists in ignoring facts, but education and politics are two different and often contradictory things. In this case, the contradiction seemed crude.
With Hay's politics, at home or abroad, Adams had nothing whatever to do. Hay belonged to the New York school, like Abram Hewitt, Evarts, W. C. Whitney, Samuel J. Tilden—men who played the game for ambition or amusement, and played it, as a rule, much better than the professionals, but whose aims were considerably larger than those of the usual player, and who felt no great love for the cheap drudgery of the work.” source

“That is why my devotion to Truth has drawn me into the field of politics; and I can say without the slightest hesitation, and yet in all humility, that those who say that religion has nothing to do with politics do not know what religion means.” Mahatma Gandhi, The Story of my Experiments with Truth

“So far as I can see, all political thinking for years past has been vitiated in the same way. People can foresee the future only when it coincides with their own wishes, and the most grossly obvious facts can be ignored when they are unwelcome.” George Orwell, London Letter

“There is in fact no such thing as art for art's sake, art that stands above classes, art that is detached from or independent of politics.” Mao Zedong, Quotations from Chairman Mao Tse-tung

“Politics, as a practice, whatever its professions, had always been the systematic organization of hatreds, and Massachusetts politics had been as harsh as the climate.” Henry Adams, The Education of Henry Adams

“One of the fundamental problems of education in and for a democratic society is set by the conflict of a nationalistic and a wider social aim.” John Dewey, Democracy and Education

“The world is the totality of facts, not of things.” Ludwig Wittgenstein, Tractatus Logico-Philosophicus 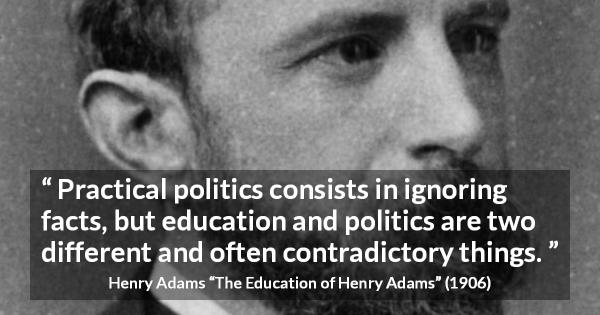 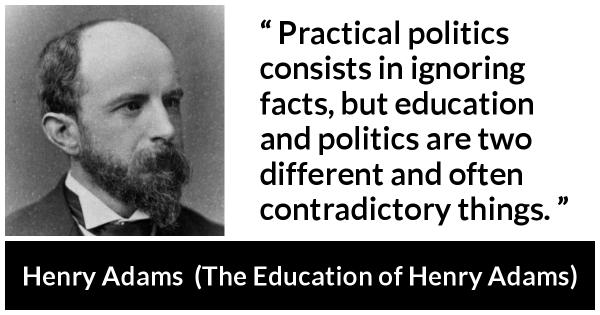 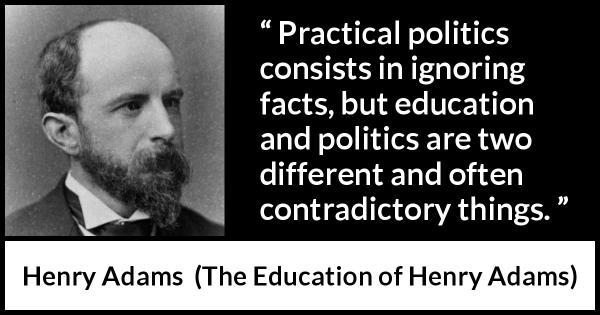 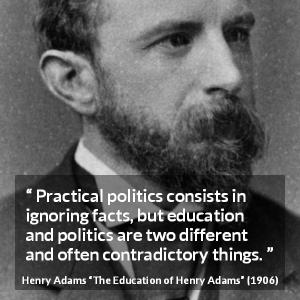 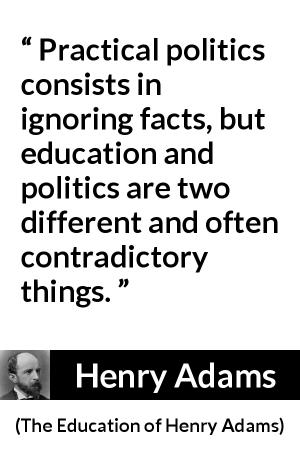 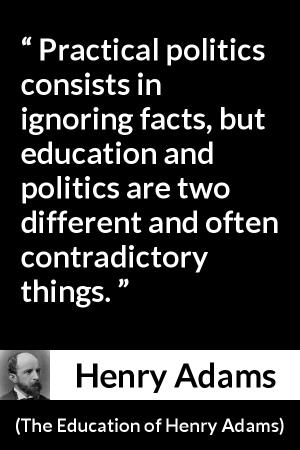