“ Power when wielded by abnormal energy is the most serious of facts, and all Roosevelt's friends know that his restless and combative energy was more than abnormal. ”
Henry Adams, The Education of Henry Adams (1906). copy citation

“
As far as concerned Roosevelt, the chance was hopeless. To them at sixty-three, Roosevelt at forty-three could not be taken seriously in his old character, and could not be recovered in his new one. Power when wielded by abnormal energy is the most serious of facts, and all Roosevelt's friends know that his restless and combative energy was more than abnormal. Roosevelt, more than any other man living within the range of notoriety, showed the singular primitive quality that belongs to ultimate matter—the quality that mediæval theology assigned to God—he was pure act.” source

“Under the new conditions of perfect comfort and security, that restless energy, that with us is strength, would become weakness.” H. G. Wells, The Time Machine

“Common sense will tell us, that the power which hath endeavoured to subdue us, is of all others the most improper to defend us.” Thomas Paine, Common Sense

“The real power, the power we have to fight for night and day, is not power over things, but over men.” George Orwell, 1984

“That the American, by temperament, worked to excess, was true; work and whiskey were his stimulants; work was a form of vice; but he never cared much for money or power after he earned them.” Henry Adams, The Education of Henry Adams 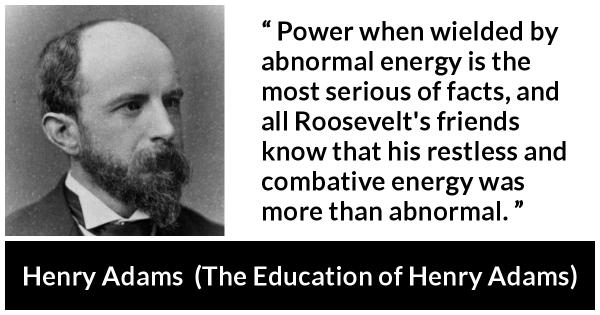 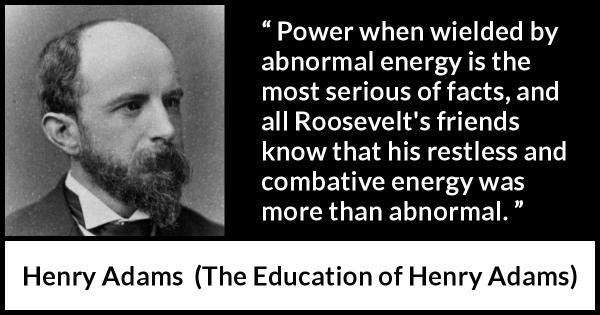 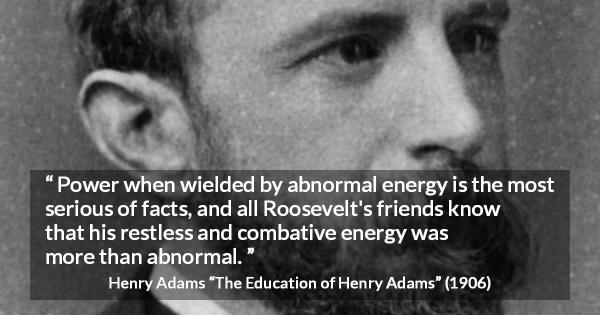 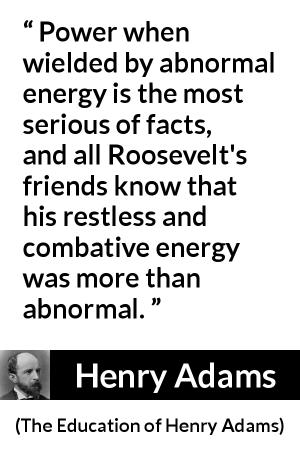 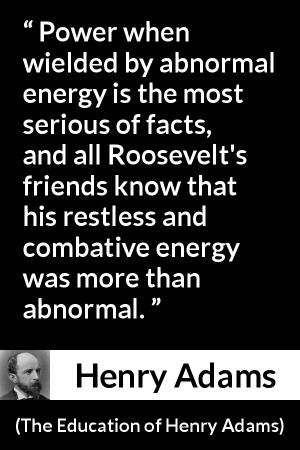 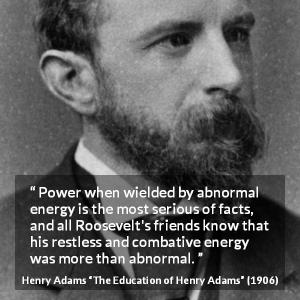