“ Every friend in power is a friend lost. ”
Henry Adams, The Education of Henry Adams (1906). copy citation

“As a rule, officials dread interference. The strongest often resent it most. Any official who admits equality in discussion of his official course, feels it to be an act of virtue; after a few months or years he tires of the effort. Every friend in power is a friend lost. This rule is so nearly absolute that it may be taken in practice as admitting no exception. Apparent exceptions exist, and McCulloch was one of them.
McCulloch had been spared the gluttonous selfishness and infantile jealousy which are the commoner results of early political education.” source

“'Mongst all foes that a friend should be the worst!” William Shakespeare, The Two Gentlemen of Verona

“One friend in a lifetime is much; two are many; three are hardly possible. Friendship needs a certain parallelism of life, a community of thought, a rivalry of aim.” Henry Adams, The Education of Henry Adams

“To forget a friend is sad. Not every one has had a friend.” Antoine de Saint-Exupéry, The Little Prince

“Who did the deed the under-world knows well: A friend in word is never friend of mine.” Sophocles, Antigone

“There are two sure ways to lose a friend, one is to borrow, the other to lend.” Patrick Rothfuss, The Name of the Wind

“I'm always saying 'Glad to've met you' to somebody I'm not at all glad I met. If you want to stay alive, you have to say that stuff, though.” J. D. Salinger, The Catcher in the Rye

“My parents were my two best friends. My third best friend was an author who did not know I existed.” John Green, The Fault in Our Stars 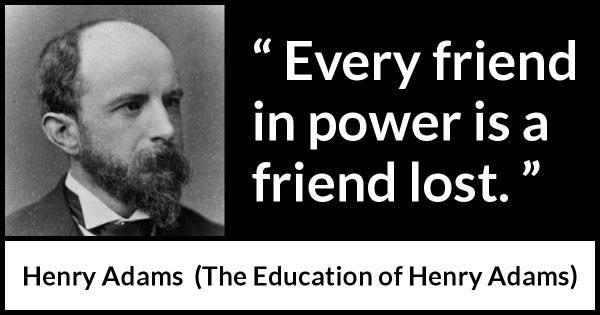 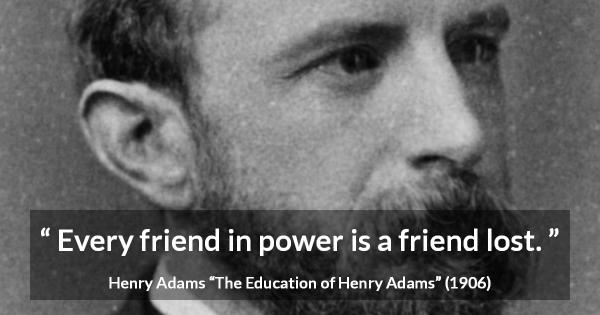 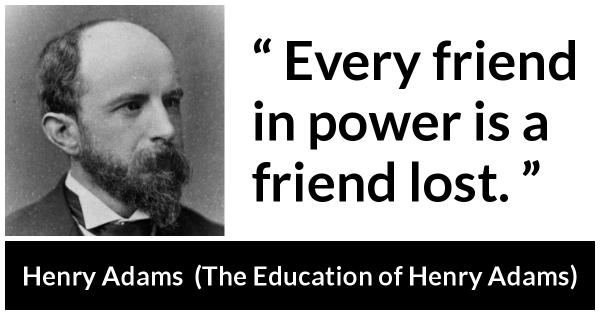 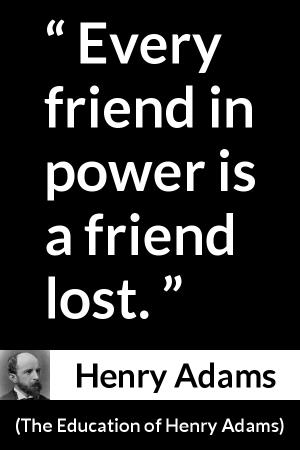 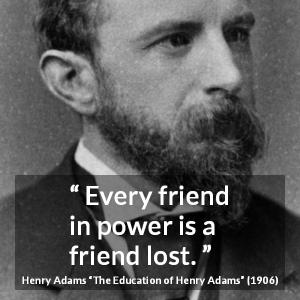 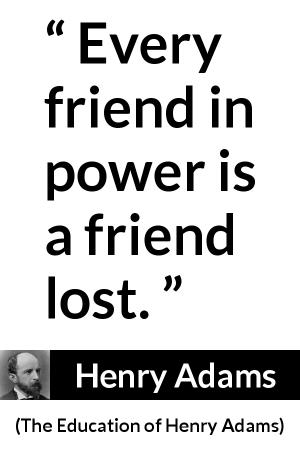