“ The enemy had been much demoralized by his defeats at Champion's Hill and the Big Black, and I believed he would not make much effort to hold Vicksburg. ”
Ulysses S. Grant, Personal Memoirs of Ulysses S. Grant (1885). copy citation

“McClernand took up the ground to his left and extended as far towards Warrenton as he could, keeping a continuous line.
On the 19th there was constant skirmishing with the enemy while we were getting into better position. The enemy had been much demoralized by his defeats at Champion's Hill and the Big Black, and I believed he would not make much effort to hold Vicksburg. Accordingly, at two o'clock I ordered an assault. It resulted in securing more advanced positions for all our troops where they were fully covered from the fire of the enemy.
The 20th and 21st were spent in strengthening our position and in making roads in rear of the army, from Yazoo River or Chickasaw Bayou.” source

“He had an idea that even when beaten he could steal a little victory by laughing at defeat.” John Steinbeck, East of Eden

“It might be that to surrender to happiness was to accept defeat, but it was a defeat better than many victories.” W. Somerset Maugham, Of Human Bondage

“the upper world was all too strong, it called to him still, even down there, and he knew he must return to the larger stage. But it was good to think he had this to come back to; this place which was all his own, these things which were so glad...” Kenneth Grahame, The Wind in the Willows 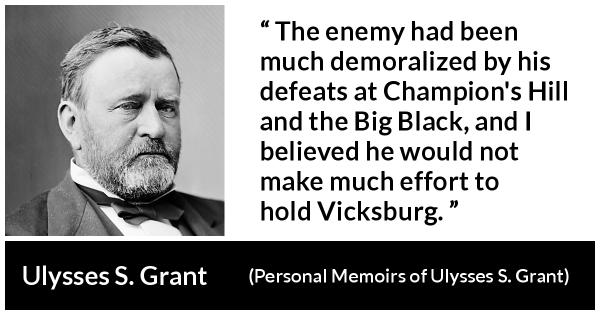 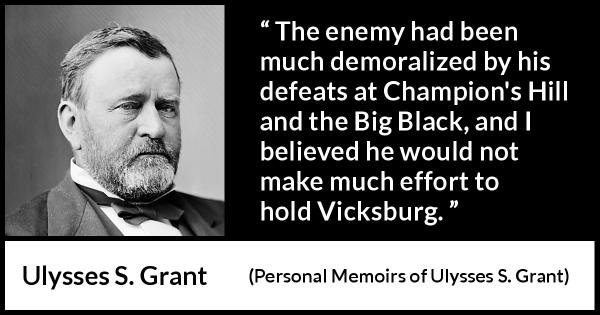 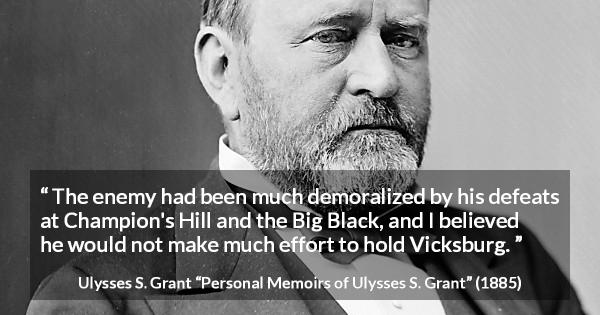 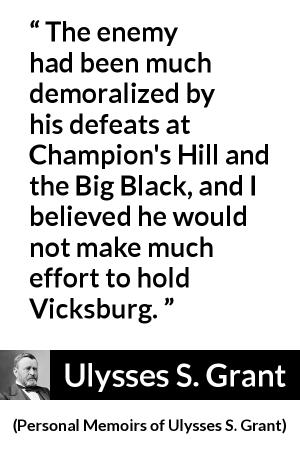 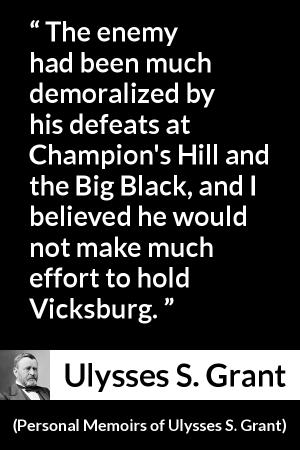 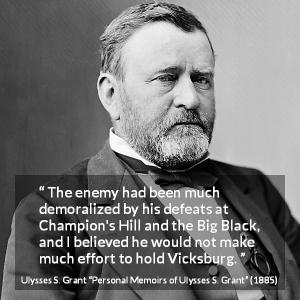