“ What the eye does not see, the stomach does not get upset over. ”
Jerome K. Jerome, Three Men in a Boat (1889). copy citation

“George told him that his appearance, after the course, did not seem a sufficiently good advertisement for the brand; and that he would prefer it out of a pump. We got some from a cottage a little higher up. I daresay that was only river water, if we had known. But we did not know, so it was all right. What the eye does not see, the stomach does not get upset over.
We tried river water once, later on in the season, but it was not a success. We were coming down stream, and had pulled up to have tea in a backwater near Windsor. Our jar was empty, and it was a case of going without our tea or taking water from the river.” source

“What the eye doesn't see the heart doesn't grieve for” W. Somerset Maugham, The Painted Veil

“But the eyes are blind. One must look with the heart...” Antoine de Saint-Exupéry, The Little Prince

“Love looks not with the eyes, but with the mind; And therefore is wing'd Cupid painted blind.” William Shakespeare, A Midsummer Night's Dream

“We women, as some one says, love with our ears, just as you men love with your eyes, if you ever love at all.” Oscar Wilde, The Picture of Dorian Gray 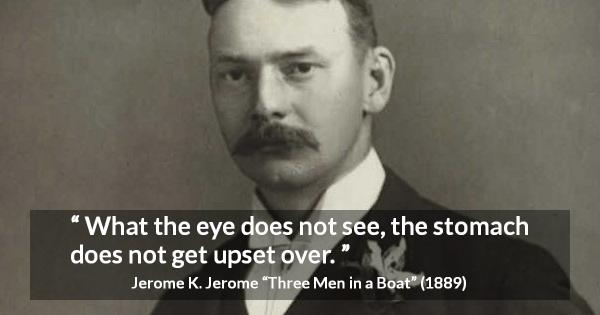 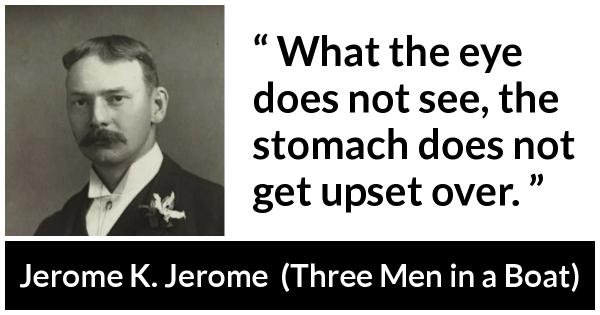 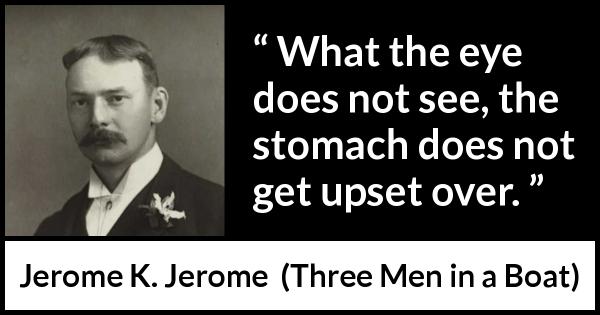 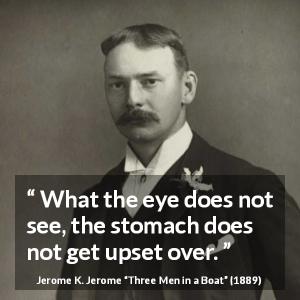 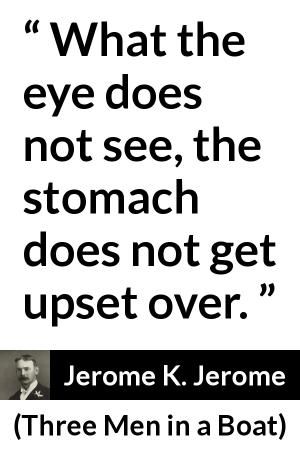 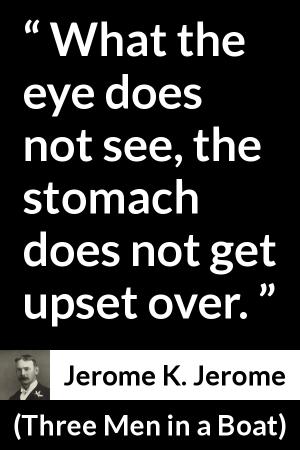