“ Thus its life swings like a pendulum backwards and forwards between pain and ennui. ”
Arthur Schopenhauer, The World as Will and Representation (1819). copy citation

“If, on the other hand, it lacks objects of desire, because it is at once deprived of them by a too easy satisfaction, a terrible void and ennui comes over it, i.e., its being and existence itself becomes an unbearable burden to it. Thus its life swings like a pendulum backwards and forwards between pain and ennui. This has also had to express itself very oddly in this way; after man had transferred all pain and torments to hell, there then remained nothing over for heaven but ennui.
But the constant striving which constitutes the inner nature of every manifestation of will obtains its primary and most general foundation at the higher grades of objectification, from the fact that here the will manifests itself as a living body, with the iron command to nourish it; and what gives strength to this command is just that this body is nothing but the objectified will to live [pg 403] itself.” source

“life is so damned hard . . . it just hurts people and hurts people, until finally it hurts them so that they can't be hurt ever any more. That's the last and worst thing it does.” F. Scott Fitzgerald, The Beautiful and Damned

“Life is a moment-to-moment struggle against hunger or cold or sleeplessness, against a sour stomach or an aching tooth.” George Orwell, 1984

“Life is a series of pulls back and forth. You want to do one thing, but you are bound to do something else.” Mitch Albom, Tuesdays with Morrie

“Life is pain . . . Anybody that says different is selling something.” William Goldman, The Princess Bride 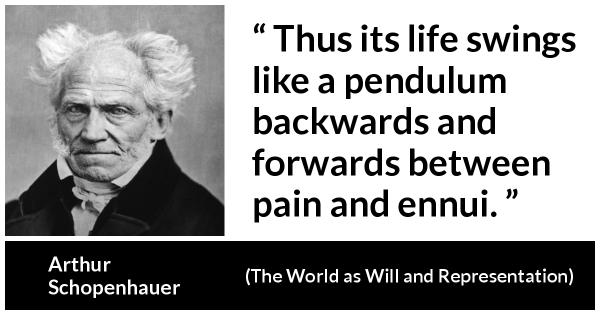 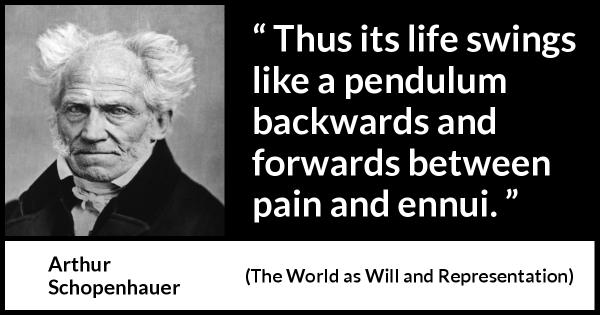 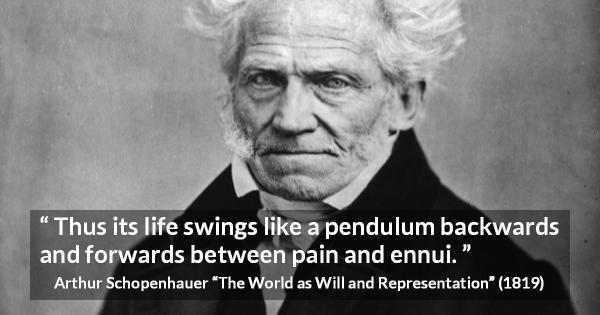 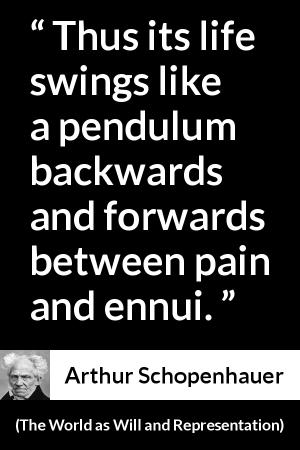 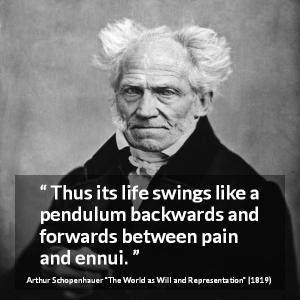