“ As yet hath his knowledge not learned to smile, and to be without jealousy; as yet hath his gushing passion not become calm in beauty. ”
Friedrich Nietzsche, Thus Spoke Zarathustra (1891). copy citation

“Also his hero-will hath he still to unlearn: an exalted one shall he be, and not only a sublime one:—the ether itself should raise him, the will-less one!
He hath subdued monsters, he hath solved enigmas. But he should also redeem his monsters and enigmas; into heavenly children should he transform them.
As yet hath his knowledge not learned to smile, and to be without jealousy; as yet hath his gushing passion not become calm in beauty.
Verily, not in satiety shall his longing cease and disappear, but in beauty! Gracefulness belongeth to the munificence of the magnanimous.
His arm across his head: thus should the hero repose; thus should he also surmount his repose.” source

“there was left to him a dignified calm he had never before known, and that indifference to fate which, though it often makes a villain of a man, is the basis of his sublimity when it does not.” Thomas Hardy, Far from the Madding Crowd

“The man of knowledge must be able not only to love his enemies, but also to hate his friends.” Friedrich Nietzsche, Thus Spoke Zarathustra 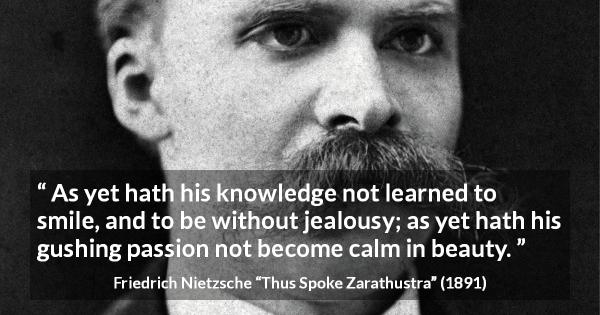 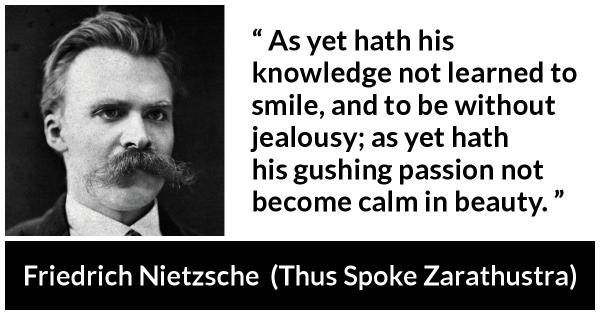 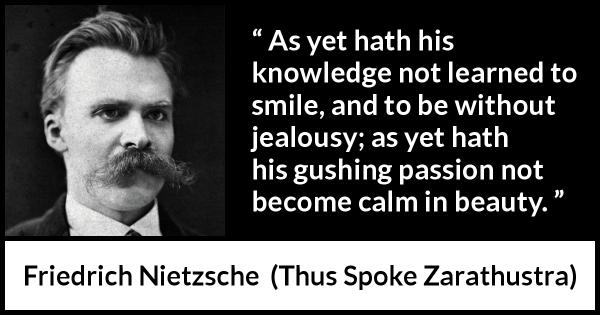 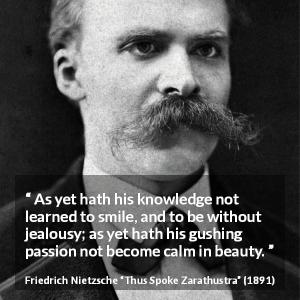 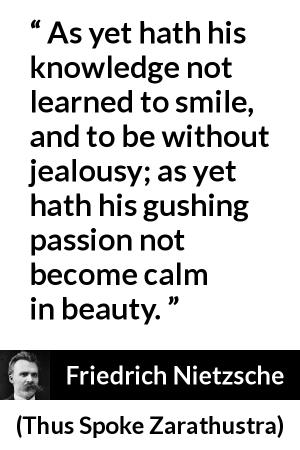 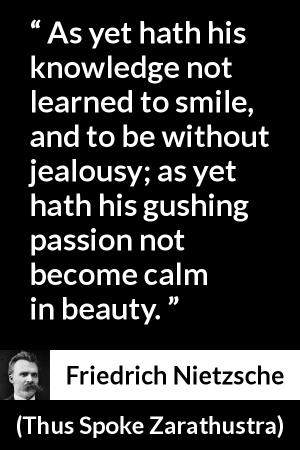