“ That which knows all things and is known by none is the subject. ”
Arthur Schopenhauer, The World as Will and Representation (1819). copy citation

“A reality which is neither of these two, but an object in itself (into which the thing in itself has unfortunately dwindled in the hands of Kant), is the phantom of a dream, and its acceptance is an ignis fatuus in philosophy.
§ 2. That which knows all things and is known by none is the subject. Thus it is the supporter of the world, that condition of all phenomena, of all objects which is always pre-supposed throughout experience; for all that exists, exists only for the subject. Every one finds himself to be subject, yet only in so far as he knows, not in so far as he is an object of knowledge.” source

“it is far better to know something about everything than to know all about one thing.” Blaise Pascal, Pensées

“Those who know do not speak; Those who speak do not know.” Lao Tzu, Tao Te Ching

“The subject does not belong to the world but it is a limit of the world.” Ludwig Wittgenstein, Tractatus Logico-Philosophicus

“My wealth is in my knowledge of self, love, and spirituality.” Muhammad Ali, The Soul of a Butterfly 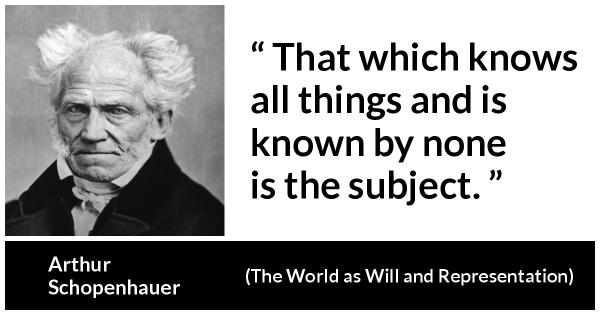 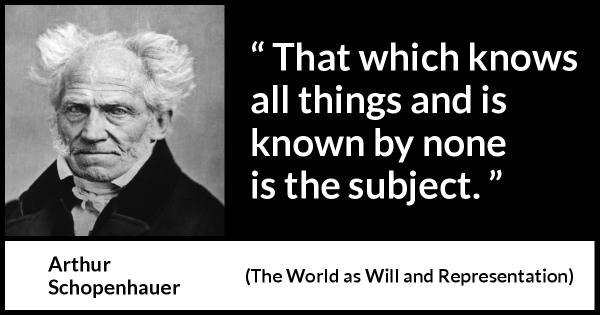 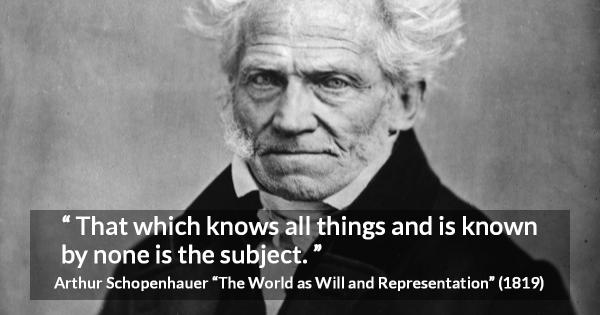 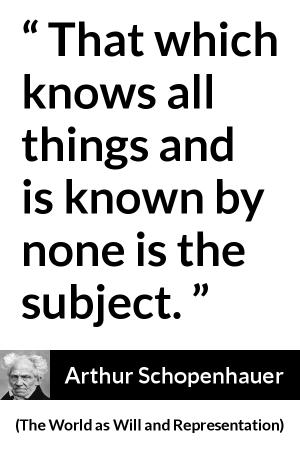 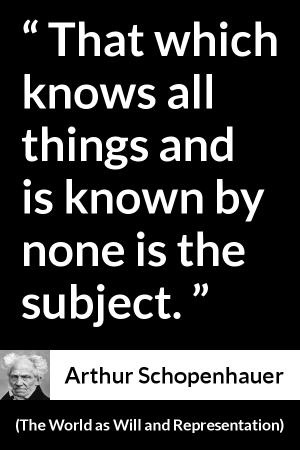 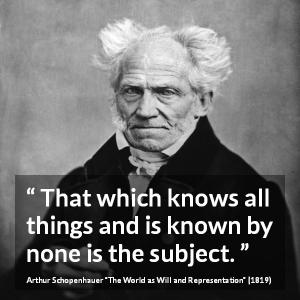