“ No natural boundary seems to be set to the efforts of man; and what is not yet done is only what he has not yet attempted to do. ”
Alexis de Tocqueville, Democracy in America (1835). copy citation

“The inhabitants of the United States are never fettered by the axioms of their profession; they escape from all the prejudices of their present station; they are not more attached to one line of operation than to another; they are not more prone to employ an old method than a new one; they have no rooted habits, and they easily shake off the influence which the habits of other nations might exercise upon their minds from a conviction that their country is unlike any other, and that its situation is without a precedent in the world. America is a land of wonders, in which everything is in constant motion, and every movement seems an improvement. The idea of novelty is there indissolubly connected with the idea of amelioration. No natural boundary seems to be set to the efforts of man; and what is not yet done is only what he has not yet attempted to do.
This perpetual change which goes on in the United States, these frequent vicissitudes of fortune, accompanied by such unforeseen fluctuations in private and in public wealth, serve to keep the minds of the citizens in a perpetual state of feverish agitation, which admirably invigorates their exertions, and keeps them in a state of excitement above the ordinary level of mankind.” source

“For, so long as he conceives that he cannot do it, so long is he not determined to do it, and consequently so long is it impossible for him to do it.” Baruch Spinoza, Ethics

“There are no conditions to which a man cannot become used, especially if he sees that all around him are living in the same way.” Leo Tolstoy, Anna Karenina 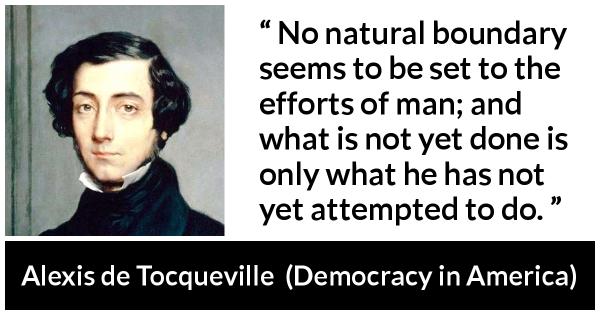 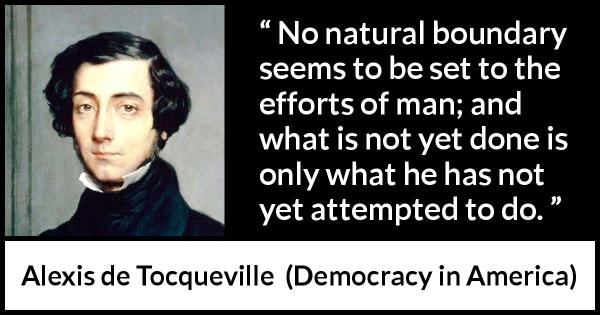 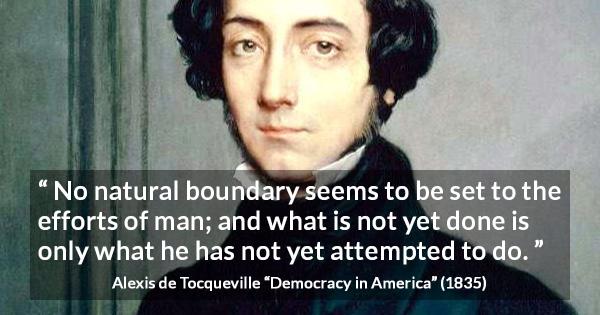 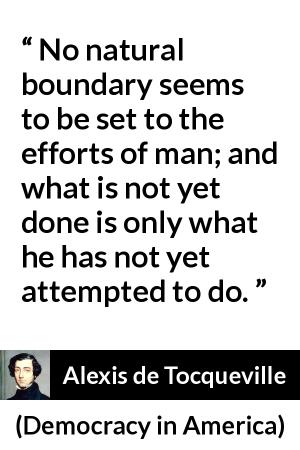 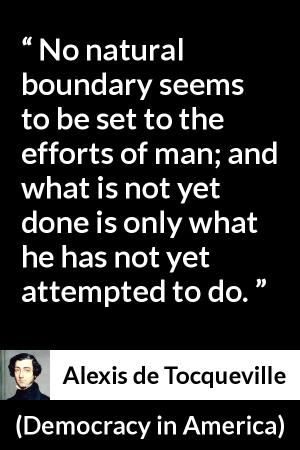 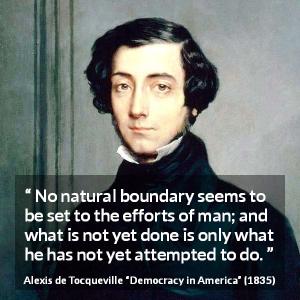