“ If youth were not ignorant and timid, civilization would be impossible. ”
Honoré de Balzac, Father Goriot (1835). copy citation

“Young men at his age take no account of obstacles nor of dangers; they see success in every direction; imagination has free play, and turns their lives into a romance; they are saddened or discouraged by the collapse of one of the visionary schemes that have no existence save in their heated fancy. If youth were not ignorant and timid, civilization would be impossible.
Eugene took unheard-of pains to keep himself in a spotless condition, but on his way through the streets he began to think about Mme. de Restaud and what he should say to her. He equipped himself with wit, rehearsed repartees in the course of an imaginary conversation, and prepared certain neat speeches a la Talleyrand, conjuring up a series of small events which should prepare the way for the declaration on which he had based his future; and during these musings the law student was bespattered with mud, and by the time he reached the Palais Royal he was obliged to have his boots blacked and his trousers brushed.” source

“But what is so headstrong as youth? What so blind as inexperience?” Charlotte Brontë, Jane Eyre

“I was a young man who attempted to make up for his ignorance with militancy.” Nelson Mandela, Long Walk to Freedom 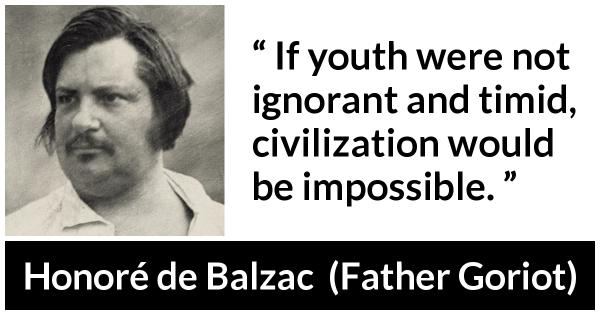 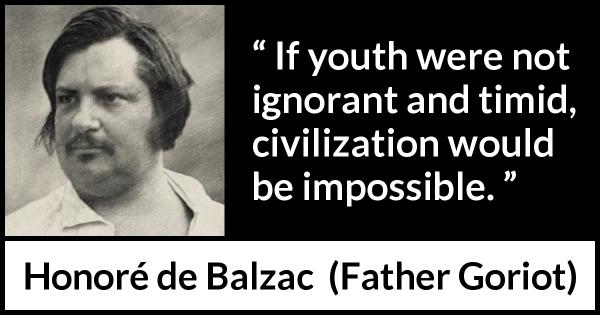 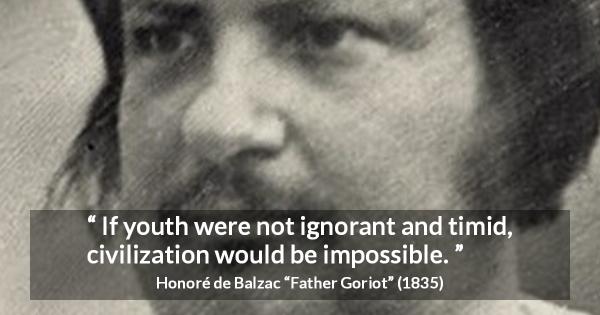 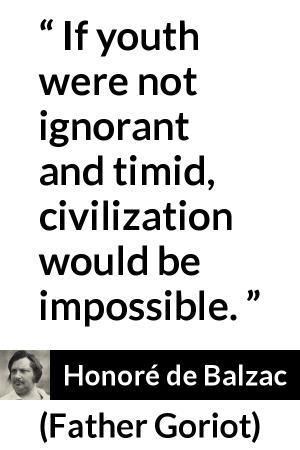 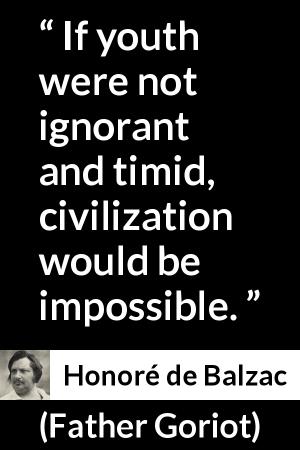 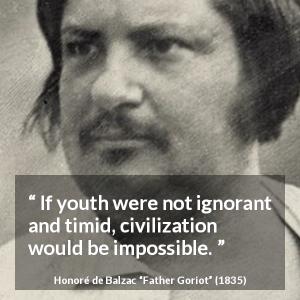