“ Logic is like the sword—those who appeal to it shall perish by it. ”
Samuel Butler, The Note-Books of Samuel Butler (1912). copy citation

“To apply logic here is as fatuous as to disregard it in cases where it is applicable. The difficulty lies, as it always does, on the border lines between the respective spheres of influence.
Logic and Faith Logic is like the sword—those who appeal to it shall perish by it. Faith is appealing to the living God, and one may perish by that too, but somehow one would rather perish that way than the other, and one has got to perish sooner or later.
Common Sense and Philosophy” source 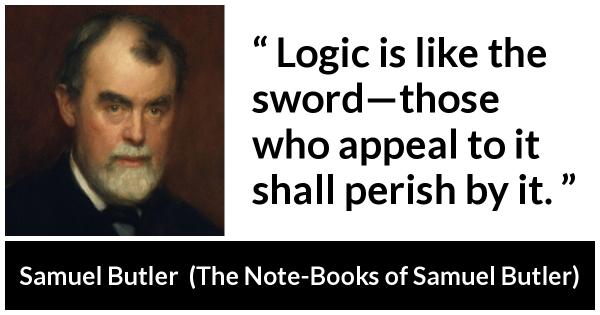 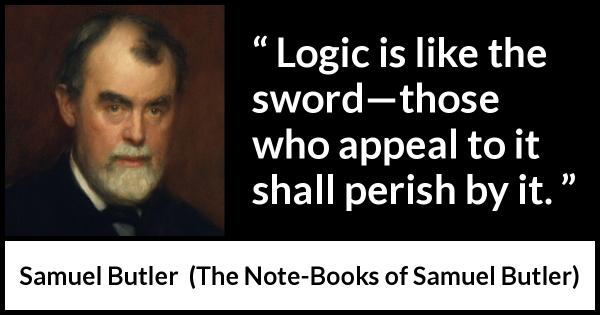 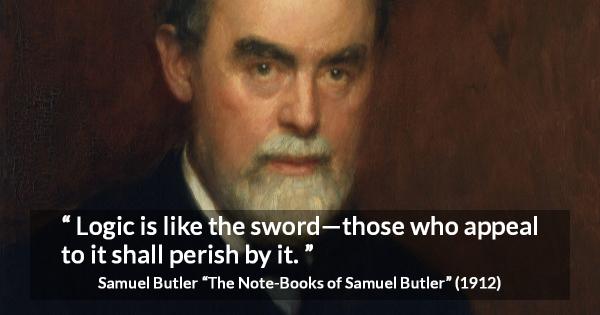 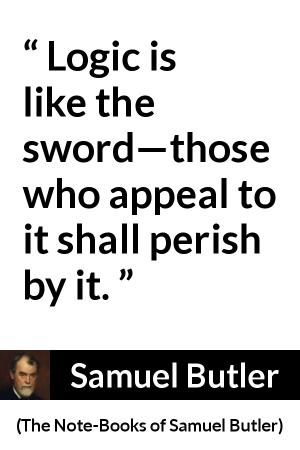 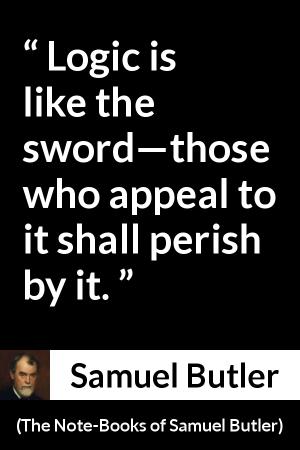 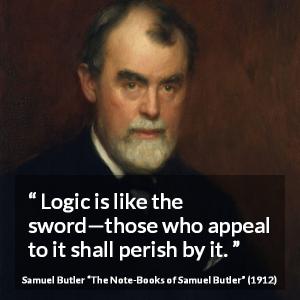