“ It has, I believe, been often remarked that a hen is only an egg's way of making another egg. ”
Samuel Butler, The Note-Books of Samuel Butler (1912). copy citation

“Or, as Samuel Butler has it, the proper statement of the relation between successive generations is not to say that a hen produces another hen through the medium of an egg, but to say that a hen is merely an egg's way of producing another egg.» Breeding and the Mendelian Discovery, by A. D. Darbishire. Cassell & Co., 1911, p. 187—8.
«It has, I believe, been often remarked that a hen is only an egg's way of making another egg.» Life and Habit, Trübner & Co., 1878, chapter viii, p. 134.
And compare the idea underlying «The World of the Unborn» in Erewhon. [26] The two chapters entitled «The Rights of Animals» and «The Rights of Vegetables» appeared first in the new and revised edition of Erewhon 1901 and form part of the additions referred to in the preface to that book.” source

“Noise proves nothing. Often a hen who has merely laid an egg cackles as if she had laid an asteroid.” Mark Twain, Following the Equator 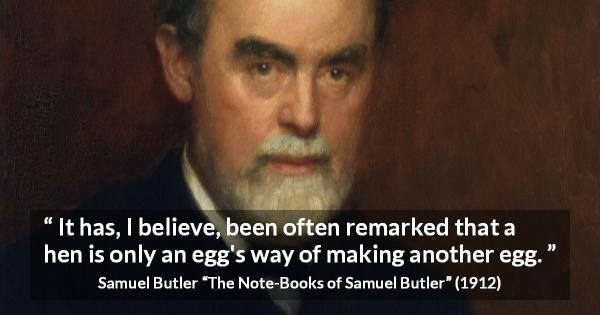 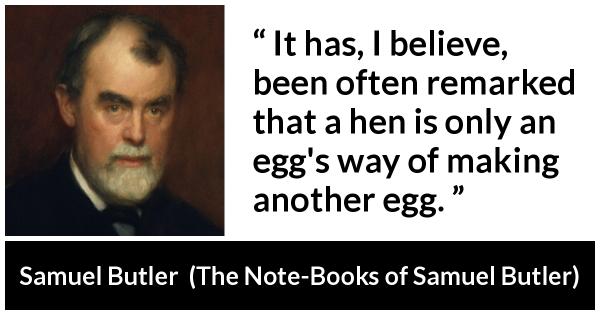 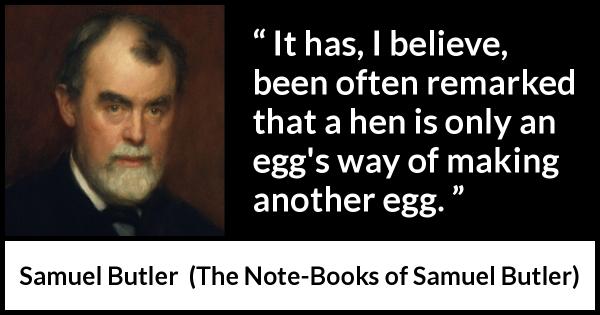 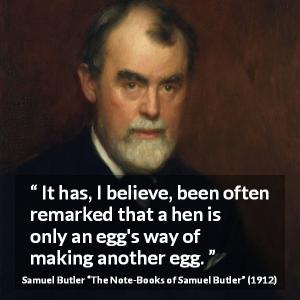 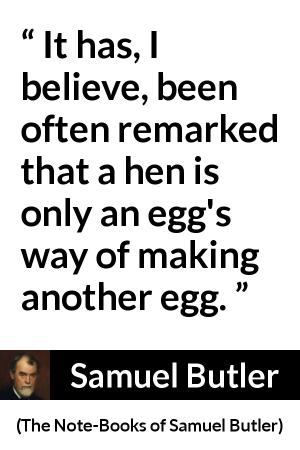 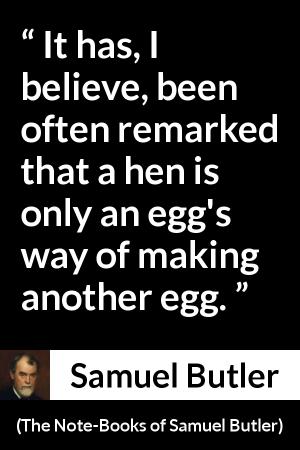