“ The passage from the state of nature to the civil state produces a very remarkable change in man, by substituting justice for instinct in his conduct, and giving his actions the morality they had formerly lacked. ”
Jean-Jacques Rousseau, The Social Contract (1762). copy citation

“In this lies the key to the working of the political machine; this alone legitimises civil undertakings, which, without it, would be absurd, tyrannical, and liable to the most frightful abuses.
8. The Civil State[edit]
THE passage from the state of nature to the civil state produces a very remarkable change in man, by substituting justice for instinct in his conduct, and giving his actions the morality they had formerly lacked. Then only, when the voice of duty takes the place of physical impulses and right of appetite, does man, who so far had considered only himself, find that he is forced to act on different principles, and to consult his reason before listening to his inclinations.” source
Original quote
“Ce passage de l'état de nature à l'état civil produit dans l'homme un changement très rémarquable, en substituant dans sa conduite la justice à l'instinct, et donnant à ses actions la moralité qui leur manquait auparavant.” Jean-Jacques Rousseau, Du contrat social

“And this our life, exempt from public haunt, finds tongues in trees, books in the running brooks, sermons in stones, and good in everything.” William Shakespeare, As You Like It

“The man, who is guided by reason, is more free in a State, where he lives under a general system of law, than in solitude, where he is independent.” Baruch Spinoza, Ethics 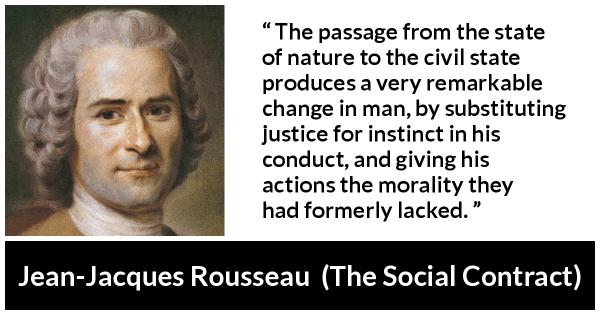 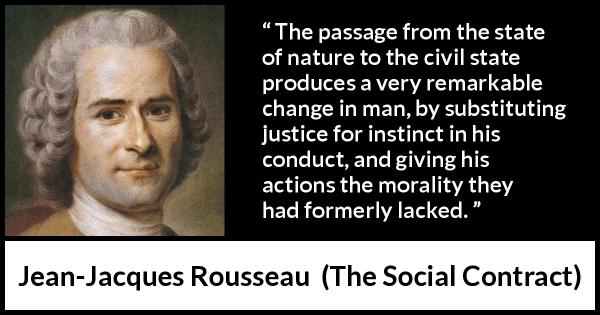 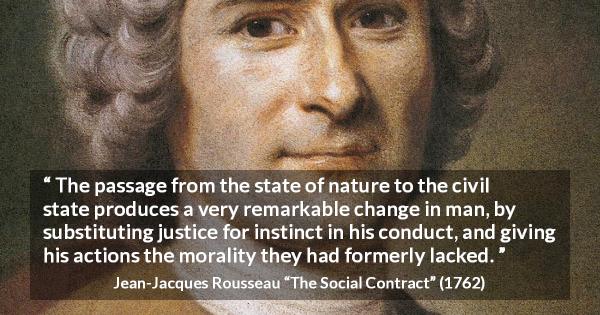 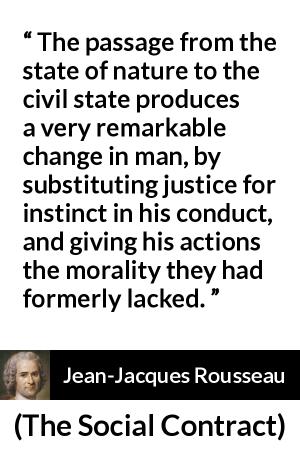 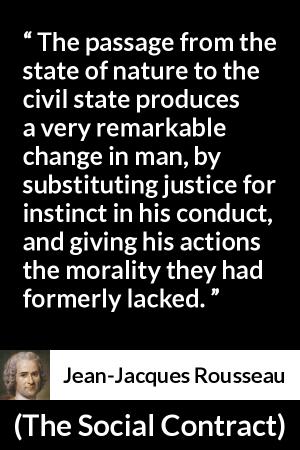 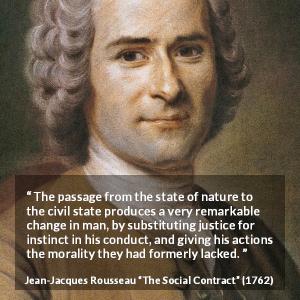