“ The dead should be judged as we judge criminals, impartially, but they should be allowed the benefit of a doubt. ”
Samuel Butler, The Note-Books of Samuel Butler (1912). copy citation

“Very likely, but the fact that we shall not remember much about a dinner forty years hence does not make it less agreeable now, and after all it is only the accumulation of these forgotten dinners that makes the dinner of forty years hence possible.
Judging the Dead The dead should be judged as we judge criminals, impartially, but they should be allowed the benefit of a doubt. When no doubt exists they should be hanged out of hand for about a hundred years. After that time they may come down and move about under a cloud. After about 2000 years they may do what they like. If Nero murdered his mother—well, he murdered his mother and there's an end.” source

“Many that live deserve death. And some that die deserve life. Can you give it to them? Then do not be too eager to deal out death in judgement. For even the very wise cannot see all ends.” J. R. R. Tolkien, The Fellowship of the Ring

“Forbear to judge, for we are sinners all.” William Shakespeare, Henry VI, Part 2

“The dead will always be dead, but we have to go on living.” Haruki Murakami, Norwegian Wood

“The death-penalty inflicted upon criminals may be looked on in much the same light: it is in order that we may not fall victims to an assassin that we consent to die if we ourselves turn assassins.” Jean-Jacques Rousseau, The Social Contract

“Deficiency in judgement is properly that which is called stupidity; and for such a failing we know no remedy.” Immanuel Kant, Critique of Pure Reason 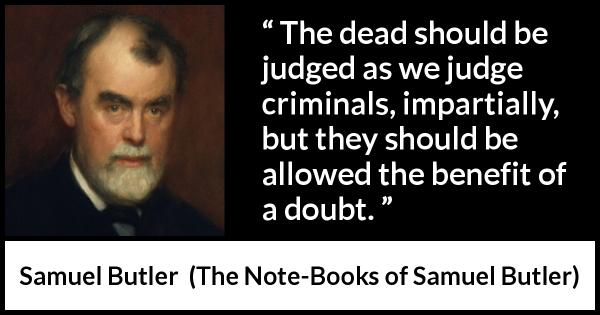 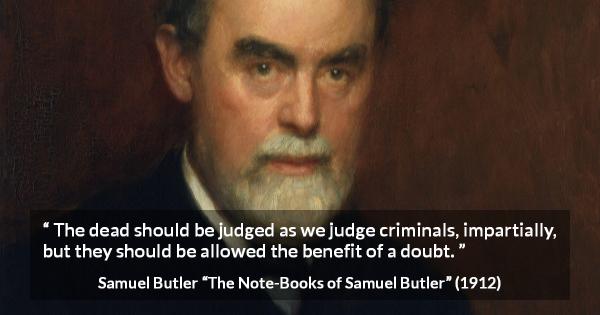 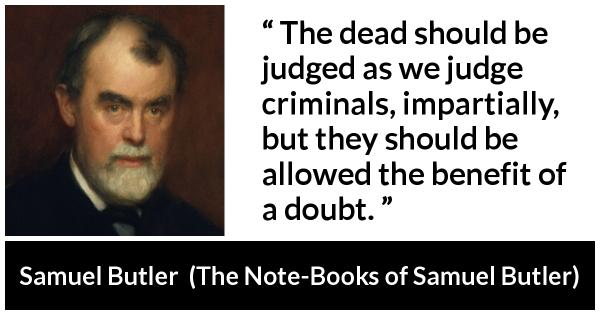 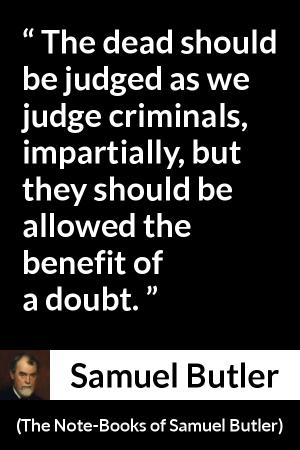 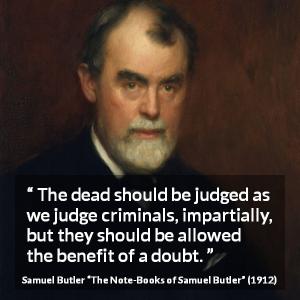 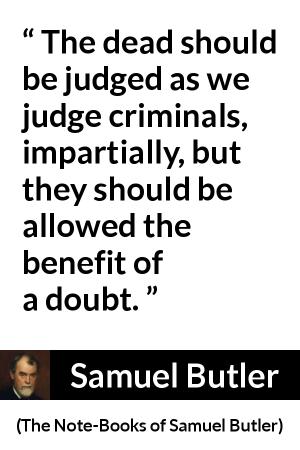