“ If life must not be taken too seriously—then so neither must death. ”
Samuel Butler, The Note-Books of Samuel Butler (1912). copy citation

“So that, even for the most wretched and most guilty, there is a heaven at last where neither moth nor rust doth corrupt and where thieves do not break through nor steal. To himself every one is an immortal: he may know that he is going to die, but he can never know that he is dead.
VI If life is an illusion, then so is death—the greatest of all illusions. If life must not be taken too seriously—then so neither must death.
VII The dead are often just as living to us as the living are, only we cannot get them to believe it. They can come to us, but till we die we cannot go to them. To be dead is to be unable to understand that one is alive.” source

“To examine the causes of life, we must first have recourse to death.” Mary Shelley, Frankenstein

“Many that live deserve death. And some that die deserve life. Can you give it to them? Then do not be too eager to deal out death in judgement. For even the very wise cannot see all ends.” J. R. R. Tolkien, The Fellowship of the Ring

“life is far too important a thing ever to talk seriously about it.” Oscar Wilde, Lady Windermere's Fan

“I do not hold life dear enough to be afraid of death ” Alexandre Dumas, The Three Musketeers

“Men’s lives have meaning, not their deaths.” George R. R. Martin, A Dance with Dragons 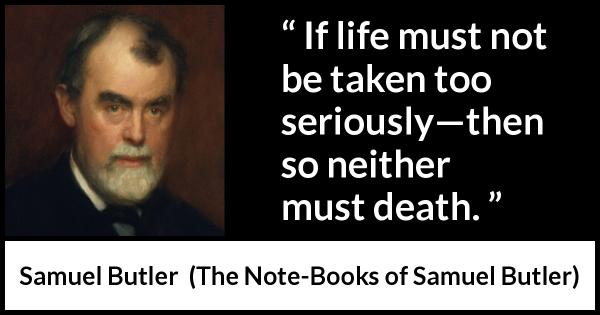 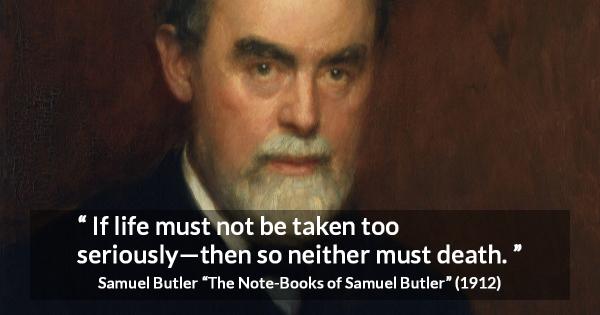 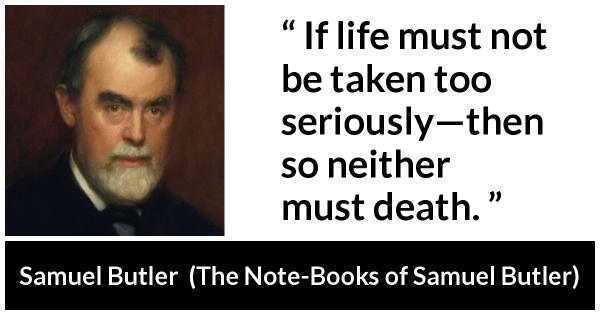 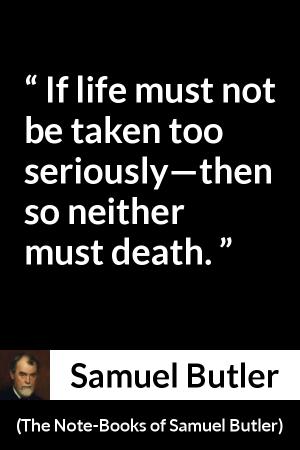 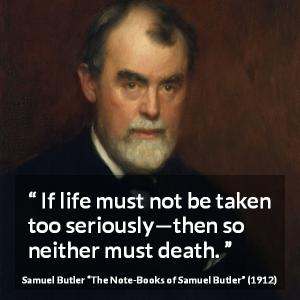 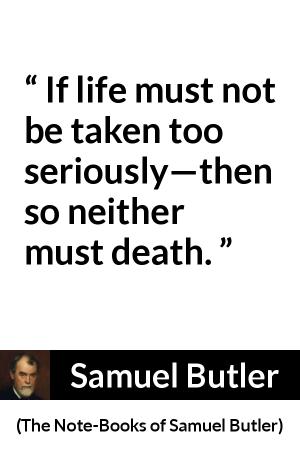