“ The strongest is never strong enough to be always the master, unless he transforms strength into right, and obedience into duty. ”
Jean-Jacques Rousseau, The Social Contract (1762). copy citation

“In any case, there can be no doubt that Adam was sovereign of the world, as Robinson Crusoe was of his island, as long as he was its only inhabitant; and this empire had the advantage that the monarch, safe on his throne, had no rebellions, wars, or conspirators to fear.
3. The Right of the Strongest[edit]
THE strongest is never strong enough to be always the master, unless he transforms strength into right, and obedience into duty. Hence the right of the strongest, which, though to all seeming meant ironically, is really laid down as a fundamental principle. But are we never to have an explanation of this phrase? Force is a physical power, and I fail to see what moral effect it can have.” source
Original quote
“Le plus fort n'est jamais assez fort pour être toujours le maitre, s'il ne transforme sa force en droit et l'obéissance en devoir.” Jean-Jacques Rousseau, Du contrat social 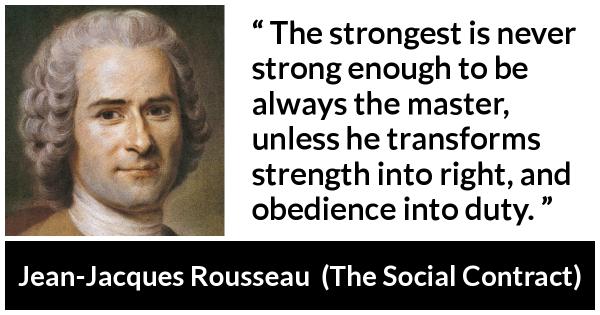 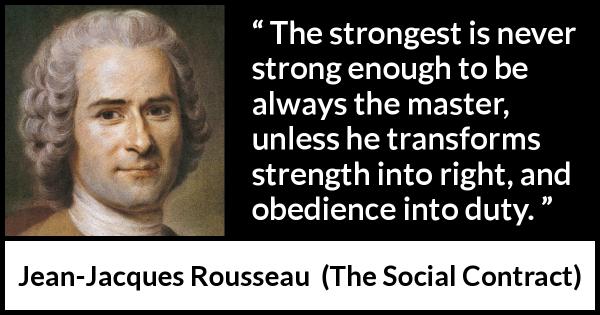 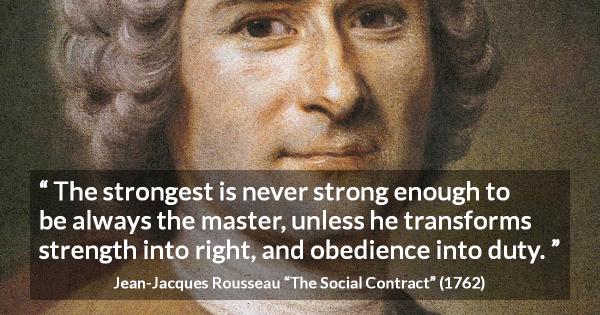 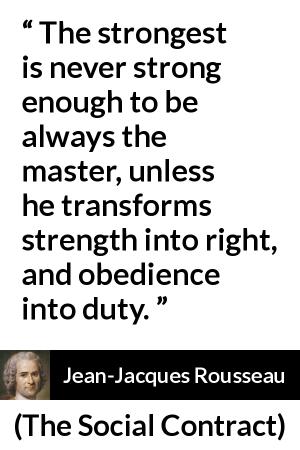 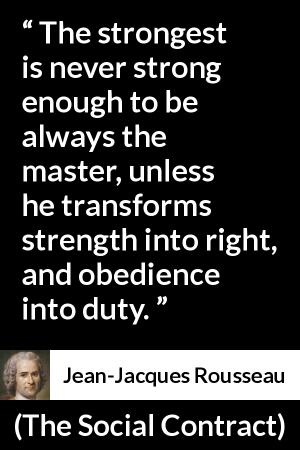 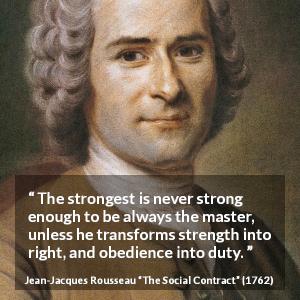