“ Who on earth but Poirot would have thought of a trial for murder as a restorer of conjugal happiness! ”
Agatha Christie, The Mysterious Affair at Styles (1920). copy citation

“But I eventually decided in favour of 'a woman's happiness'. Nothing but the great danger through which they have passed could have brought these two proud souls together again.»
I looked at Poirot in silent amazement. The colossal cheek of the little man! Who on earth but Poirot would have thought of a trial for murder as a restorer of conjugal happiness!
«I perceive your thoughts, mon ami,» said Poirot, smiling at me. «No one but Hercule Poirot would have attempted such a thing! And you are wrong in condemning it. The happiness of one man and one woman is the greatest thing in all the world.»” source

“I want to commit the murder I was imprisoned for.” J. K. Rowling, Harry Potter and the Prisoner of Azkaban

“There are always reasons for murdering a man. On the contrary, it is impossible to justify his living.” Albert Camus, The Fall

“If people only made prudent marriages, what a stop to population there would be!” William Makepeace Thackeray, Vanity Fair

“For who would dare to assert that eternal happiness can compensate for a single moment's human suffering?” Albert Camus, The Plague 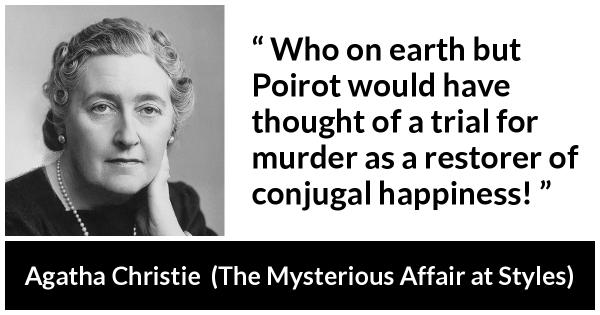 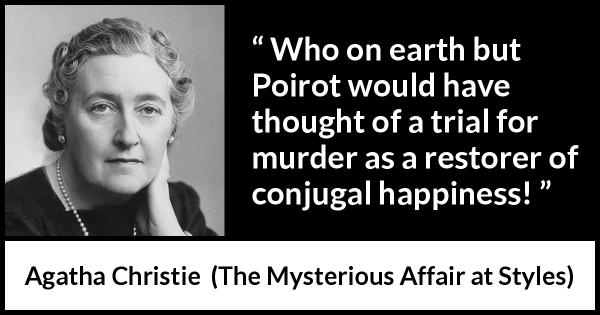 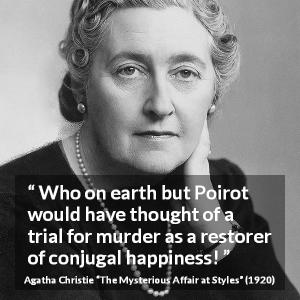 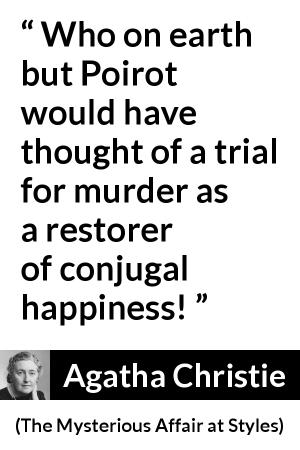 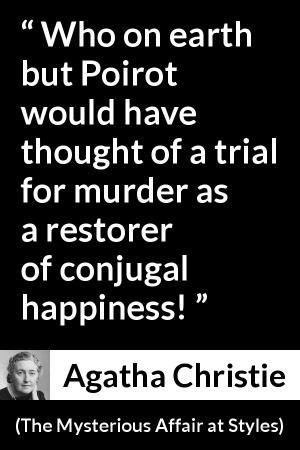