“ Real evidence is usually vague and unsatisfactory. It has to be examined — sifted. But here the whole thing is cut and dried. No, my friend, this evidence has been very cleverly manufactured — so cleverly that it has defeated its own ends. ”
Agatha Christie, The Mysterious Affair at Styles (1920). copy citation

“«But the evidence is so conclusive.»
«Yes, too conclusive.»
We turned in at the gate of Leastways Cottage, and proceeded up the now familiar stairs.
«Yes, yes, too conclusive,» continued Poirot, almost to himself. «Real evidence is usually vague and unsatisfactory. It has to be examined—sifted. But here the whole thing is cut and dried. No, my friend, this evidence has been very cleverly manufactured—so cleverly that it has defeated its own ends.»
«How do you make that out?»
«Because, so long as the evidence against him was vague and intangible, it was very hard to disprove. But, in his anxiety, the criminal has drawn the net so closely that one cut will set Inglethorp free.»” source

“It is a capital mistake to theorize before you have all the evidence. It biases the judgment.” Arthur Conan Doyle, A Study in Scarlet

“In all cases positive palaeontological evidence may be implicitly trusted; negative evidence is worthless, as experience has so often shown.” Charles Darwin, On The Origin of Species

“Take nothing on its looks; take everything on evidence. There's no better rule.” Charles Dickens, Great Expectations

“absence of evidence is not evidence of absence.” Carl Sagan, The Demon-Haunted World

“I am not asking anyone to accept Christianity if his best reasoning tells him that the weight of the evidence is against it.” C. S. Lewis, Mere Christianity 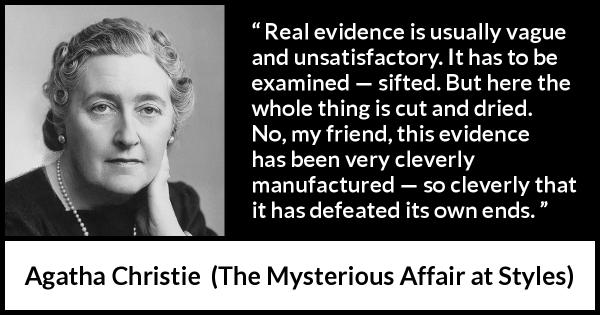 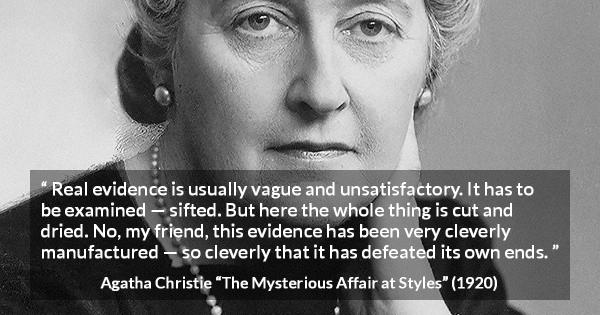 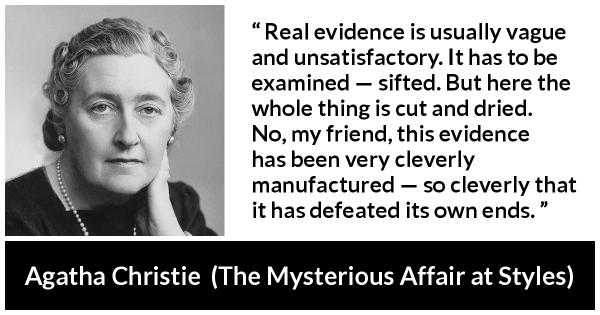 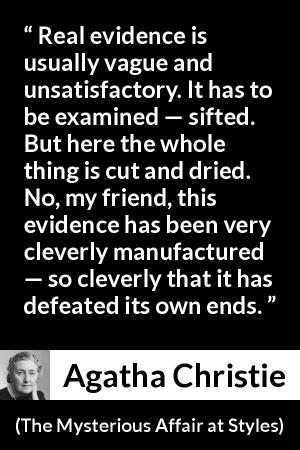 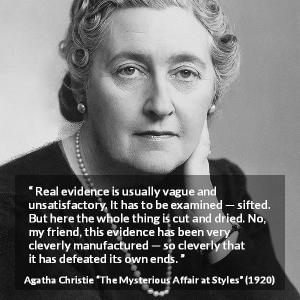 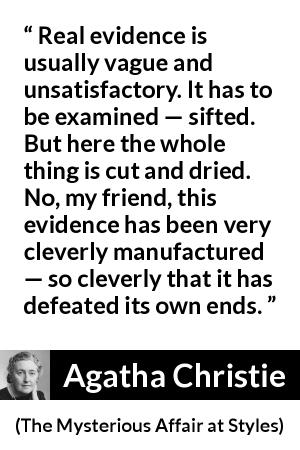