“Then the rope it broke above him And he painful come to earth Where there's nobody to love him For his detrimented worth. Though he's livin' none would know him, Or at leastwise not as such. Moral of this woful poem: Frequent oil your safety-clutch.
Porfer Poog SAINT, n. A dead sinner revised and edited.
The Duchess of Orleans relates that the irreverent old calumniator, Marshal Villeroi, who in his youth had known St. Francis de Sales, said, on hearing him called saint: "I am delighted to hear that Monsieur de Sales is a saint.” source

“Thou art a little soul bearing about a corpse, as Epictetus used to say.” Marcus Aurelius, Meditations 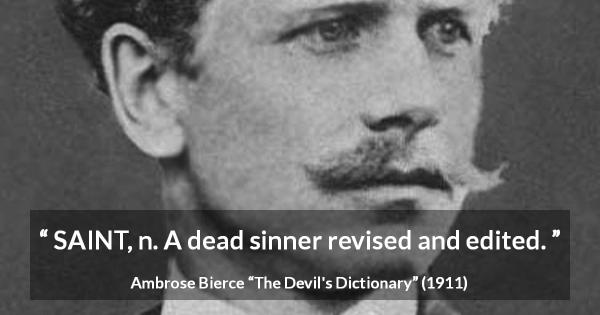 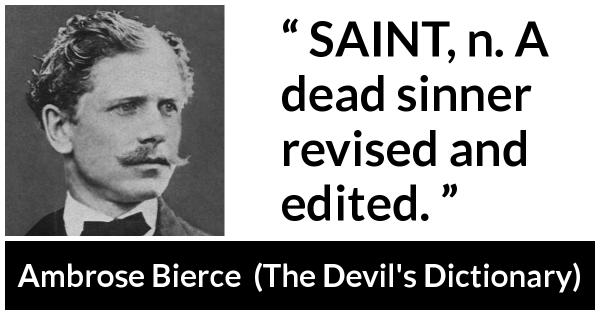 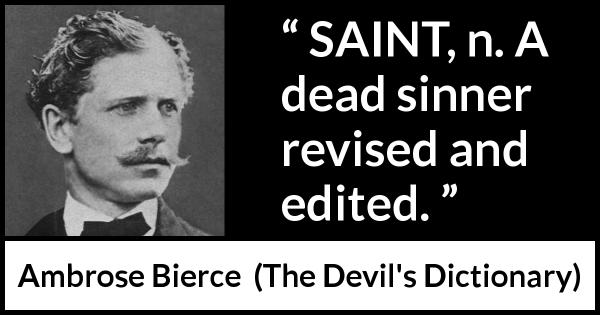 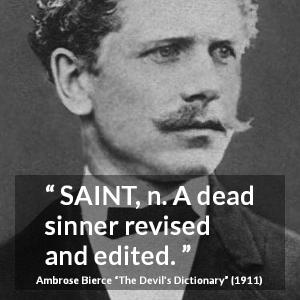 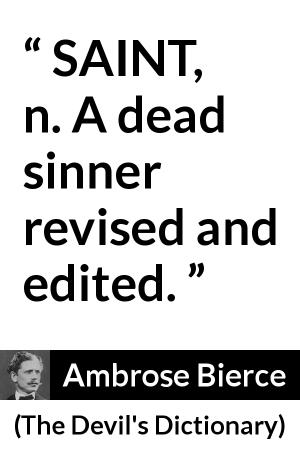 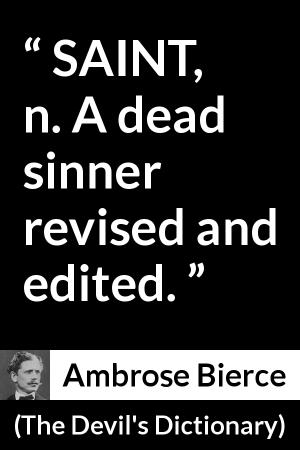