“ Drink! The flies have not spoilt my vintage; the vines were dry before they came. ”
Anatole France, Penguin Island (1908). copy citation

“The master of the house grew angry with the beetles who devoured his figs; he planned snares to protect his fowls from the velvet-tailed fox, and he poured out wine for his neighbours saying:
«Drink! The flies have not spoilt my vintage; the vines were dry before they came.»
Then in the course of ages the wealth of the villages and the corn that filled the fields were pillaged by barbarian invaders. The country changed its masters several times. The conquerors built castles upon the hills; cultivation increased; mills, forges, tanneries, and looms were established; roads were opened through the woods and over the marshes; the river was covered with boats.” source

“Humans! They lived in a world where the grass continued to be green and the sun rose every day and flowers regularly turned into fruit, and what impressed them? Weeping statues. And wine made out of water!” Terry Pratchett, Small Gods 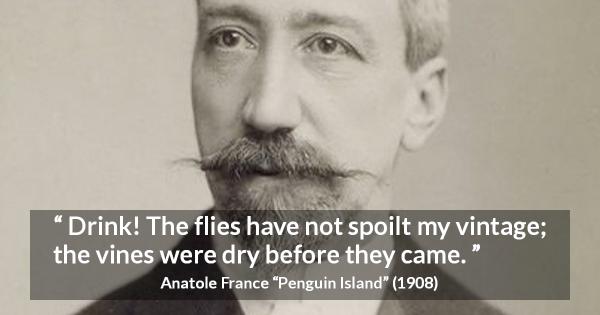 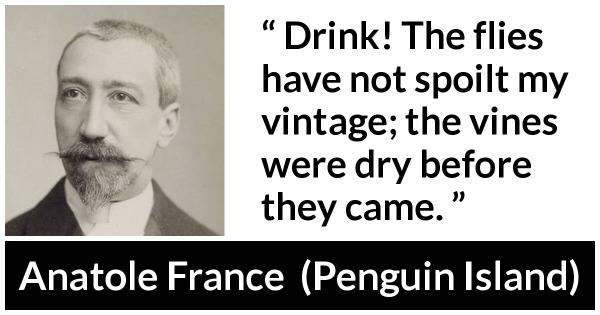 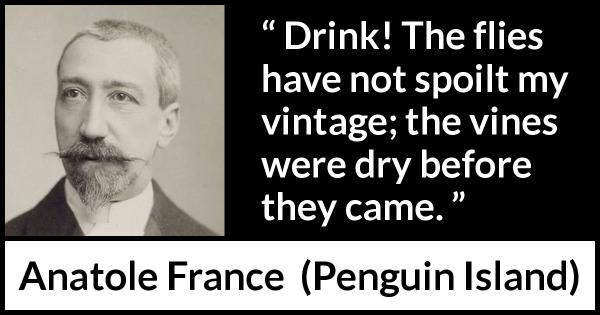 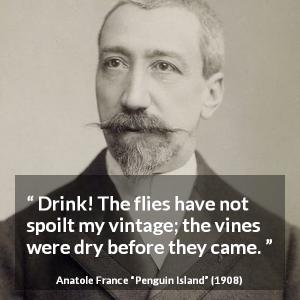 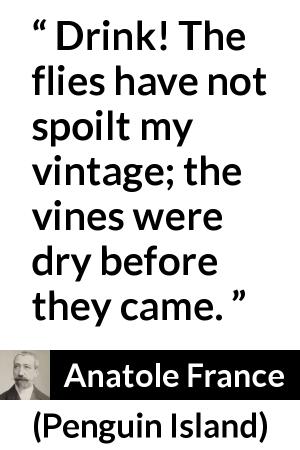 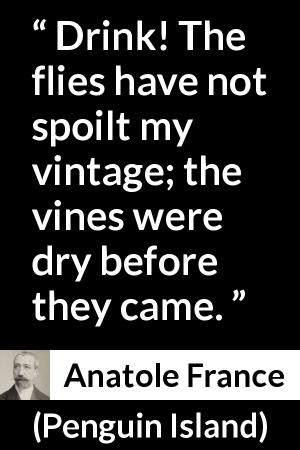