“ All our knowledge begins with sense, proceeds thence to understanding, and ends with reason, beyond which nothing higher can be discovered in the human mind for elaborating the matter of intuition and subjecting it to the highest unity of thought. ”
Immanuel Kant, Critique of Pure Reason (1791). copy citation

“There is, therefore, a natural and unavoidable dialectic of pure reason—not that in which the bungler, from want of the requisite knowledge, involves himself, nor that which the sophist devises for the purpose of misleading, but that which is an inseparable adjunct of human reason, and which, even after its illusions have been exposed, does not cease to deceive, and continually to lead reason into momentary errors, which it becomes necessary continually to remove.
II. Of Pure Reason as the Seat of Transcendental Illusory Appearance
A. OF REASON IN GENERAL.
All our knowledge begins with sense, proceeds thence to understanding, and ends with reason, beyond which nothing higher can be discovered in the human mind for elaborating the matter of intuition and subjecting it to the highest unity of thought. At this stage of our inquiry it is my duty to give an explanation of this, the highest faculty of cognition, and I confess I find myself here in some difficulty. Of reason, as of the understanding, there is a merely formal, that is, logical use, in which it makes abstraction of all content of cognition; but there is also a real use, inasmuch as it contains in itself the source of certain conceptions and principles, which it does not borrow either from the senses or the understanding.” source

“And as the morning steals upon the night, melting the darkness, so their rising senses begin to chase the ignorant fumes that mantle their clearer reason.” William Shakespeare, The Tempest

“The highest endeavour of the mind, and the highest virtue is to understand things by the third kind of knowledge.” Baruch Spinoza, Ethics

“Intuition and conceptions constitute, therefore, the elements of all our knowledge, so that neither conceptions without an intuition in some way corresponding to them, nor intuition without conceptions, can afford us a cognition.” Immanuel Kant, Critique of Pure Reason

“All our knowledge has its origin in our perceptions.” Leonardo da Vinci, The Notebooks of Leonardo Da Vinci

“You have to know the past to understand the present.” Carl Sagan, Cosmos

“Thus all human cognition begins with intuitions, proceeds from thence to conceptions, and ends with ideas.” Immanuel Kant, Critique of Pure Reason 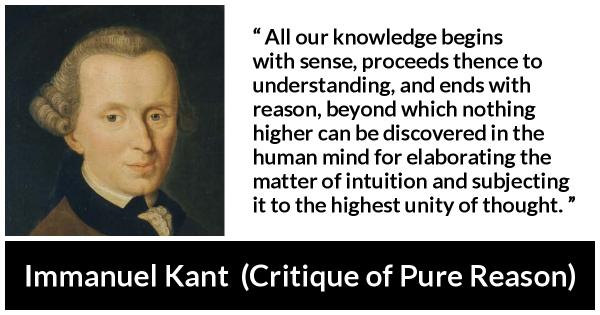 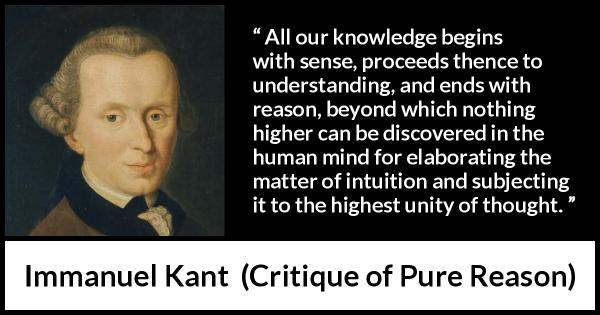 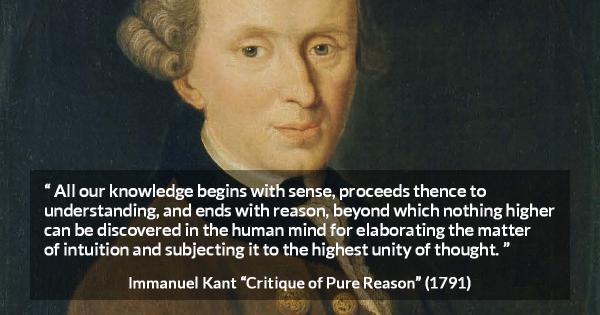 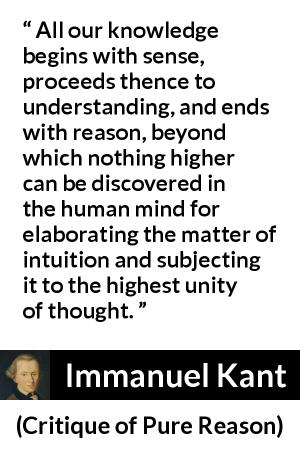 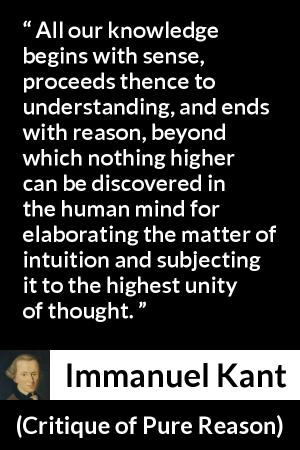 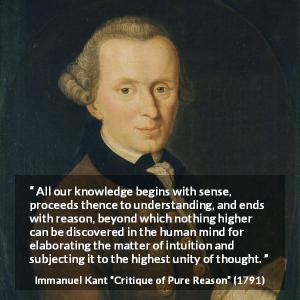