“ It is not in numbers, but in unity, that our great strength lies; yet our present numbers are sufficient to repel the force of all the world. ”
Thomas Paine, Common Sense (1776). copy citation

“109 As all men allow the measure, and vary only in their opinion of the time, let us, in order to remove mistakes, take a general survey of things, and endeavour, if possible, to find out the very time. But we need not go far, the inquiry ceases at once, for, the time hath found us. The general concurrence, the glorious union of all things prove the fact.
110 It is not in numbers, but in unity, that our great strength lies; yet our present numbers are sufficient to repel the force of all the world. The Continent hath, at this time, the largest body of armed and disciplined men of any power under Heaven; and is just arrived at that pitch of strength, in which no single colony is able to support itself, and the whole, when united, can accomplish the matter, and either more, or, less than this, might be fatal in its effects.” source

“But we are strong, each in our purpose, and we are all more strong together.” Bram Stoker, Dracula

“We have more strength than will; and it is often merely for an excuse we say things are impossible.” François de La Rochefoucauld, Reflections; or Sentences and Moral Maxims

“Above all, we must realize that no arsenal or no weapon in the arsenals of the world is so formidable as the will and moral courage of free men and women. It is a weapon our adversaries in today's world do not have.” Ronald Reagan, Inaugural Address 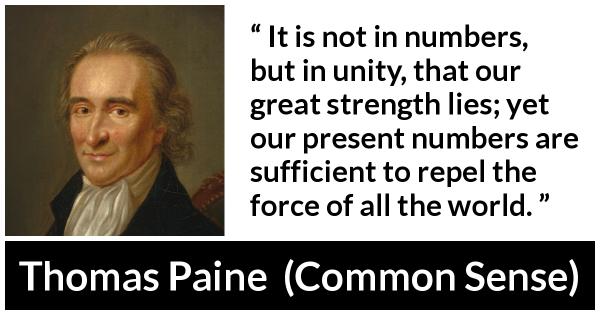 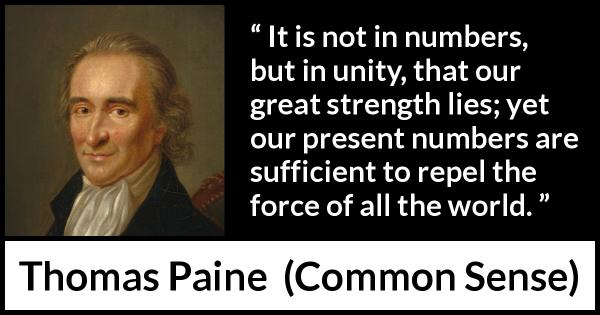 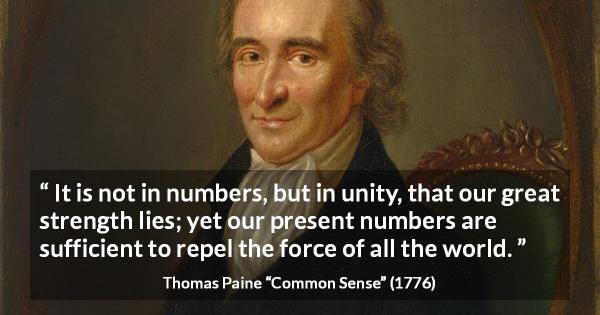 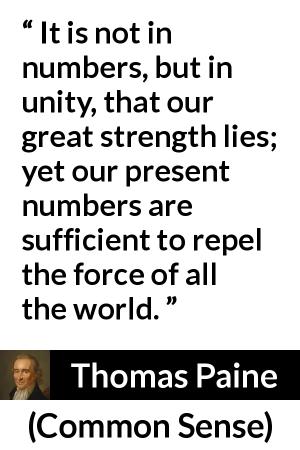 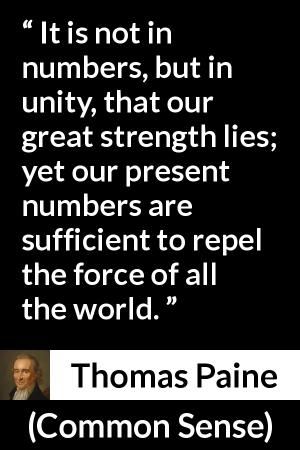 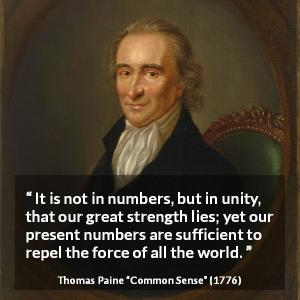