“ Wherefore, security being the true design and end of government, it unanswerably follows, that whatever form thereof appears most likely to ensure it to us, with the least expense and greatest benefit, is preferable to all others. ”
Thomas Paine, Common Sense (1776). copy citation

“For were the impulses of conscience clear, uniform, and irresistibly obeyed, man would need no other lawgiver; but that not being the case, he finds it necessary to surrender up a part of his property to furnish means for the protection of the rest; and this he is induced to do by the same prudence which in every other case advises him out of two evils to choose the least. Wherefore, security being the true design and end of government, it unanswerably follows that whatever form thereof appears most likely to ensure it to us, with the least expence and greatest benefit, is preferable to all others.
7 In order to gain a clear and just idea of the design and end of government, let us suppose a small number of persons settled in some sequestered part of the earth, unconnected with the rest, they will then represent the first peopling of any country, or of the world.” source

“Our first priority must always be the security of our nation, and that will be reflected in the budget I send to Congress.” George W. Bush, State of the Union Address

“A country that demands moral perfection of itself as a test of its foreign policy will achieve neither perfection nor security.” Henry Kissinger, Diplomacy 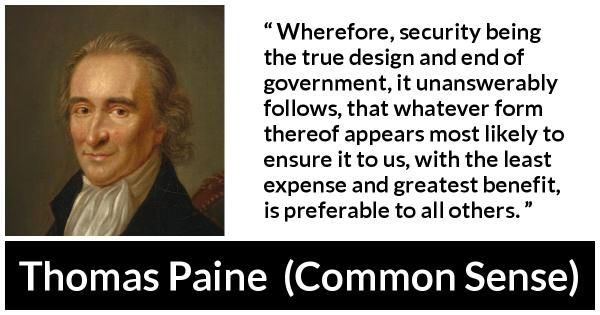 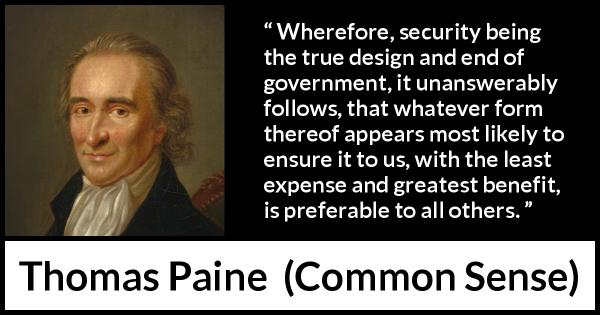 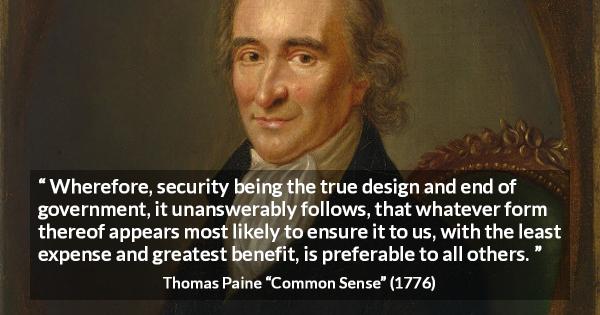 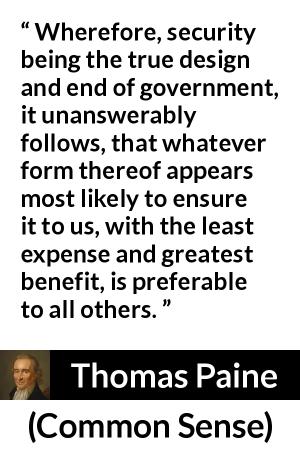 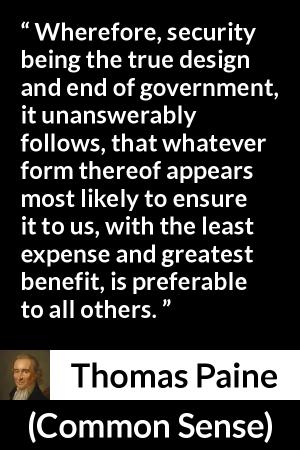 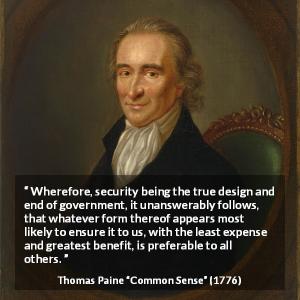