“ The more men have to lose, the less willing are they to venture. ”
Thomas Paine, Common Sense (1776). copy citation

“And history sufficiently informs us, that the bravest achievements were always accomplished in the non-age of a nation. With the increase of commerce, England hath lost its spirit. The city of London, notwithstanding its numbers, submits to continued insults with the patience of a coward. The more men have to lose, the less willing are they to venture. The rich are in general slaves to fear, and submit to courtly power with the trembling duplicity of a Spaniel.
126 Youth is the seed time of good habits, as well in nations as in individuals. It might be difficult, if not impossible, to form the Continent into one government half a century hence.” source

“all that men are willing to die for, beyond self-interest, tends more or less obscurely to justify that fate by giving it a foundation in dignity: Christianity for the slave, the nation for the citizen, Communism for the worker.” André Malraux, Man's Fate 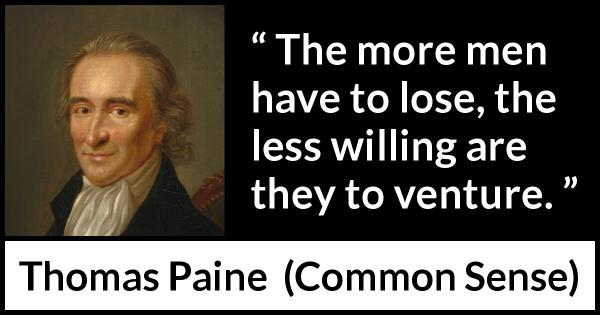 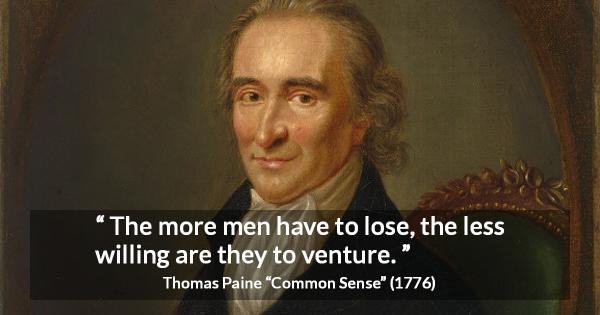 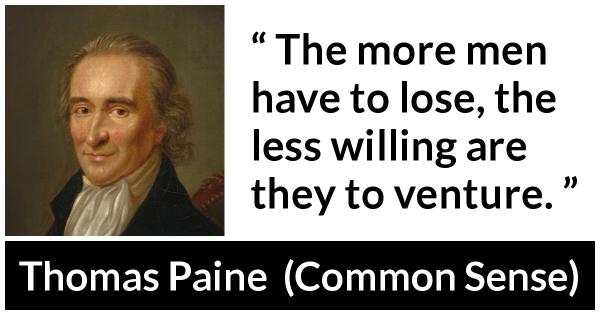 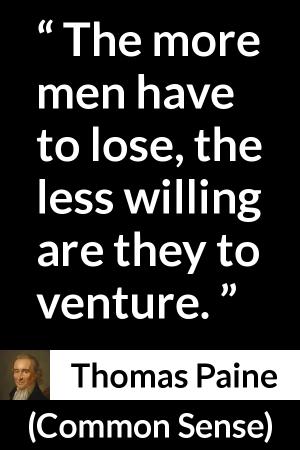 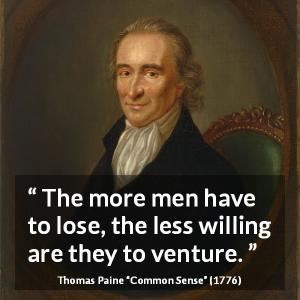 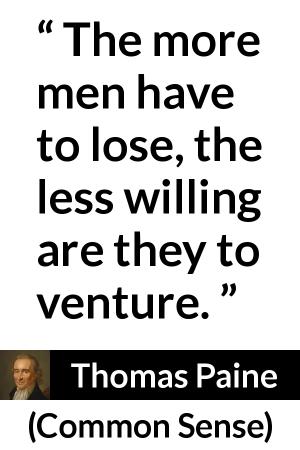