“ But mad people never do die. That's a well-known fact. They've nothing to trouble them, and they live for ever. ”
Anthony Trollope, Phineas Redux (1874). copy citation

“He doesn't care what becomes of the money. It never ought to have been given up as it was."
"It was settled, I suppose."
"Yes;—if there were children. And it will come back to her if he dies first. But mad people never do die. That's a well-known fact. They've nothing to trouble them, and they live for ever. It'll all go to some cousin of his that nobody ever saw."
"Not as long as Lady Laura lives."
"But she does not get a penny of the income;—not a penny. There never was anything so cruel. He has published all manner of accusations against her."” source

“Only the dead stay 17 for ever.” Haruki Murakami, Norwegian Wood

“Inside every sane person there's a madman struggling to get out . . . No one goes mad quicker than a totally sane person.” Terry Pratchett, The Light Fantastic

“Just because somebody's dead, you don't just stop liking them, for God's sake—especially if they were about a thousand times nicer than the people you know that're alive and all.” J. D. Salinger, The Catcher in the Rye

“Those whom life does not cure death will.” Cormac McCarthy, All the Pretty Horses 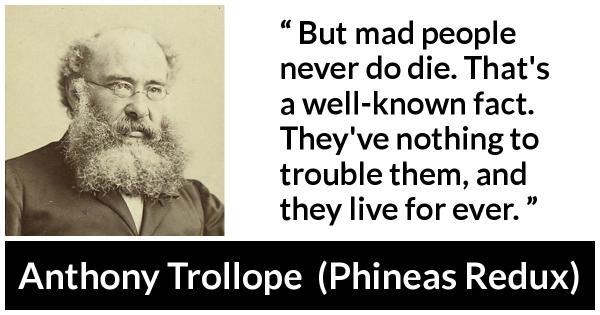 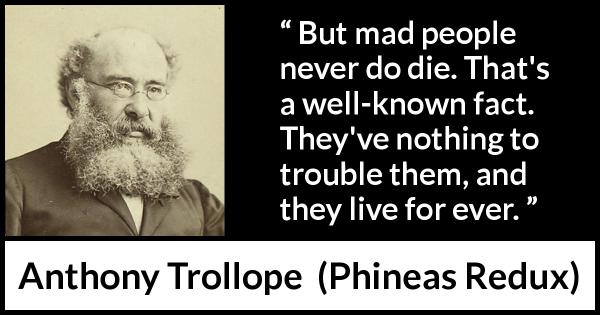 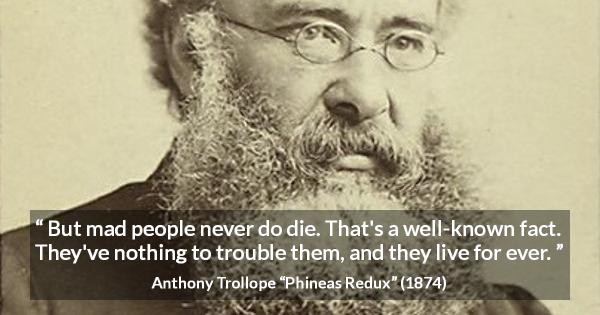 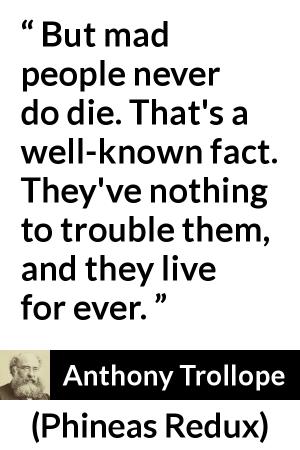 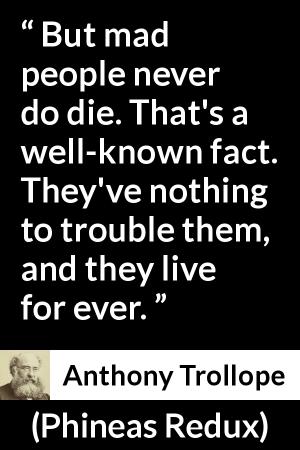 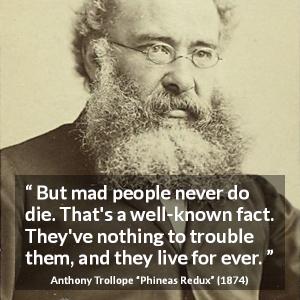