“ Audacity in wooing is a great virtue, but a man must measure even his virtues. ”
Anthony Trollope, Phineas Redux (1874). copy citation

“Mr. Maule could afford to talk about the Duke, and to lay aside for a short time his own cause, as he had not suggested to himself the possibility of becoming pressingly tender on his own behalf on this particular occasion. Audacity in wooing is a great virtue, but a man must measure even his virtues. "I heard that you had gone to Matching, as soon as the poor Duke was taken ill," he said.
She was in mourning, and had never for a moment thought of denying the peculiarity of the position she had held in reference to the old man.” source

“The strength of a man's virtue must not be measured by his efforts, but by his ordinary life.” Blaise Pascal, Pensées

“The man of virtue makes the difficulty to be overcome his first business, and success only a subsequent consideration;— this may be called perfect virtue.” Confucius, Analects

“Hence it is evident that the good citizen need not of necessity possess the virtue which makes a good man.” Aristotle, Politics

“All virtues are less formidable to us once the man is aware that he has them, but this is specially true of humility.” C. S. Lewis, The Screwtape Letters

“For as a rule a man must have worth in himself in order to recognise it and believe in it willingly and freely in others.” Arthur Schopenhauer, The World as Will and Representation 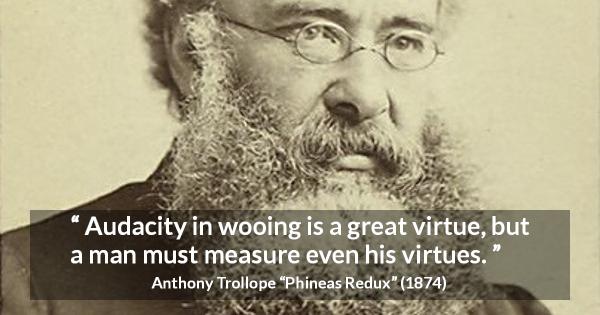 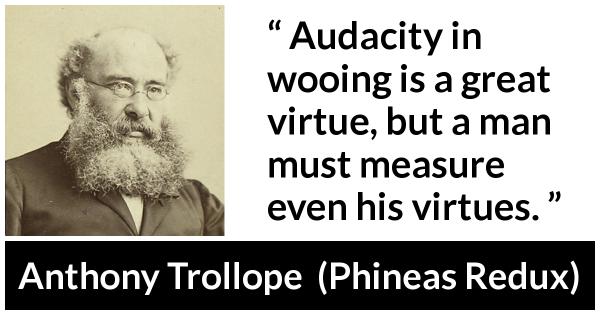 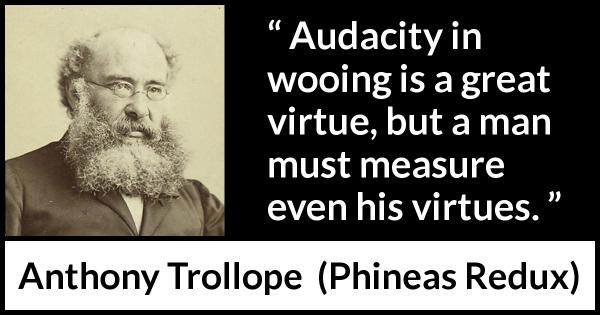 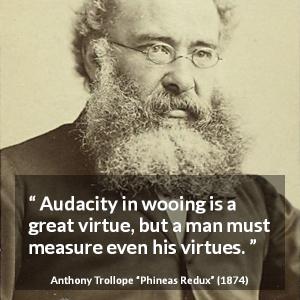 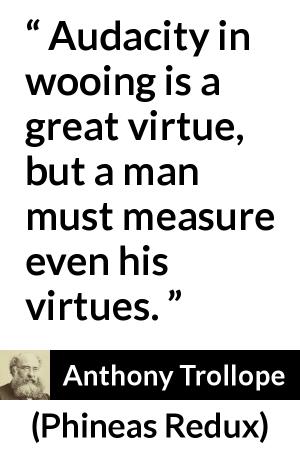 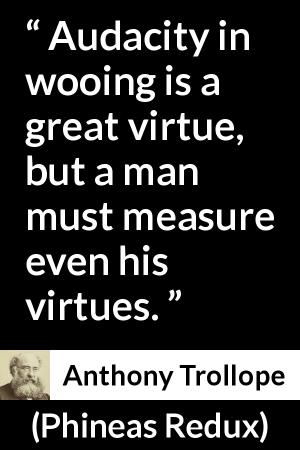