“ Their rising all at once was as the sound of thunder heard remote. ”
John Milton, Paradise Lost (1667). copy citation

“And, so refused, might in opinion stand His rivals, winning cheap the high repute Which he through hazard huge must earn. But they
Dreaded not more th' adventure than his voice Forbidding; and at once with him they rose. Their rising all at once was as the sound Of thunder heard remote. Towards him they bend
With awful reverence prone, and as a God Extol him equal to the Highest in Heaven. Nor failed they to express how much they praised That for the general safety he despised His own: for neither do the Spirits damned” source

“The thunderbolt without the reverberations of thunder would frighten man but little, though the danger lies in the lightning, not in the noise.” Jules Verne, Twenty Thousand Leagues under the Sea

“Rumour doth double, like the voice and echo, the numbers of the fear'd.” William Shakespeare, Henry IV, Part 2 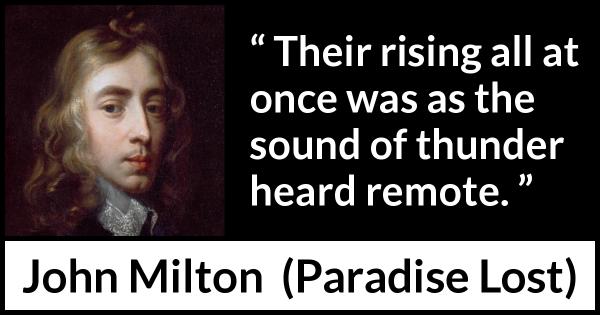 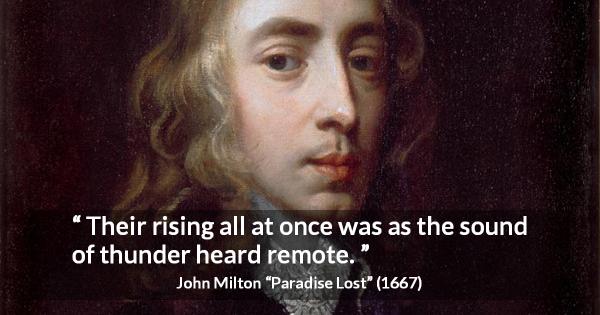 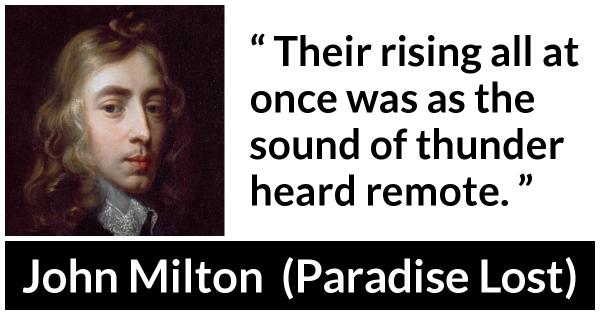 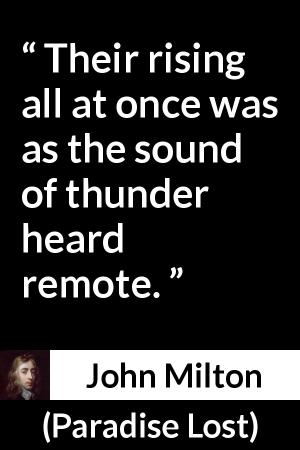 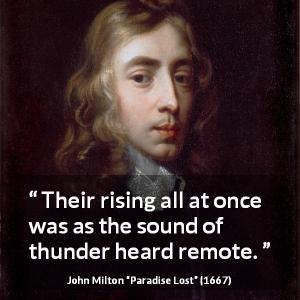 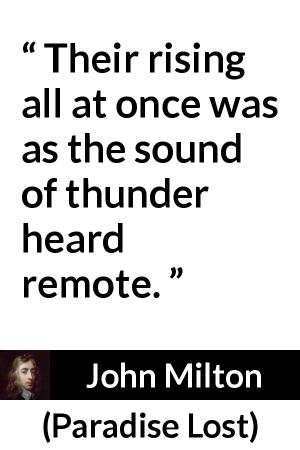