“ Would you actually believe that you had committed your foolish acts in order to spare your son from committing them too? ”
Hermann Hesse, Siddhartha (1922). copy citation

“Won't he become exuberant, won't he lose himself to pleasure and power, won't he repeat all of his father's mistakes, won't he perhaps get entirely lost in Sansara?"
Brightly, the ferryman's smile lit up; softly, he touched Siddhartha's arm and said: "Ask the river about it, my friend! Hear it laugh about it! Would you actually believe that you had committed your foolish acts in order to spare your son from committing them too? And could you in any way protect your son from Sansara? How could you? By means of teachings, prayer, admonition? My dear, have you entirely forgotten that story, that story containing so many lessons, that story about Siddhartha, a Brahman's son, which you once told me here on this very spot?” source

“Is it worth the name of freedom to be at liberty to play the fool, and draw shame and misery upon a man's self?” John Locke, An Essay Concerning Human Understanding

“She was a fool, and so am I, and so is anyone who thinks he sees what God is Doing” Kurt Vonnegut, Cat's Cradle 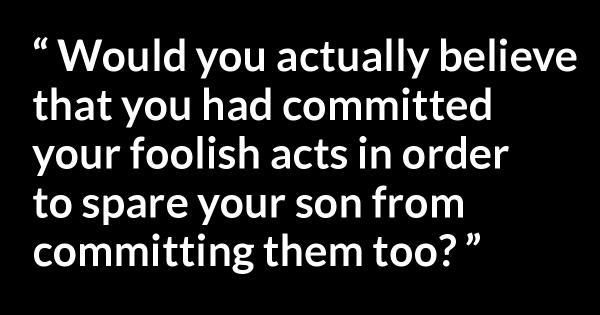 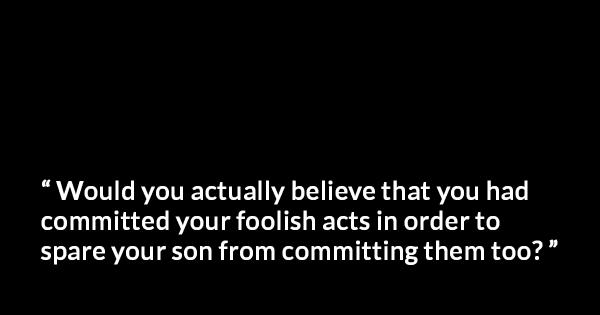 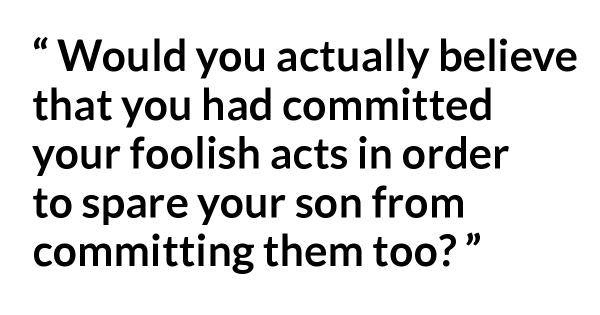 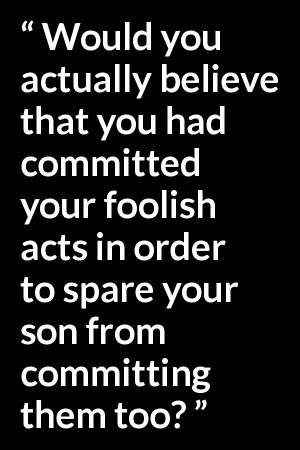 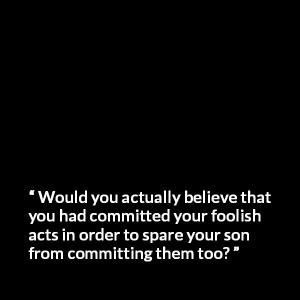 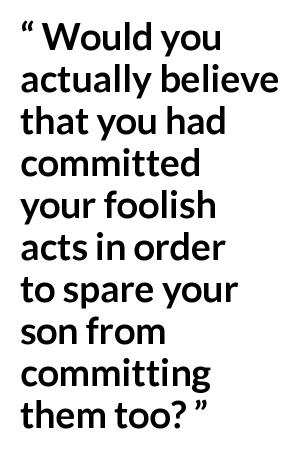