“ In serving the wicked, expect no reward, and be thankful if you escape injury for your pains. ”
Aesop, Aesop's Fables. copy citation

“When the Crane had extracted the bone and demanded the promised payment, the Wolf, grinning and grinding his teeth, exclaimed: «Why, you have surely already had a sufficient recompense, in having been permitted to draw out your head in safety from the mouth and jaws of a wolf.»
In serving the wicked, expect no reward, and be thankful if you escape injury for your pains.
The Fisherman Piping A FISHERMAN skilled in music took his flute and his nets to the seashore. Standing on a projecting rock, he played several tunes in the hope that the fish, attracted by his melody, would of their own accord dance into his net, which he had placed below.” source 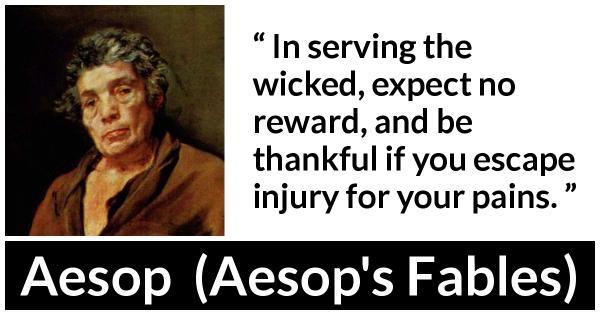 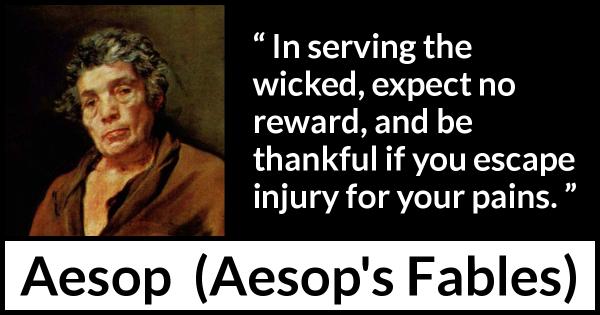 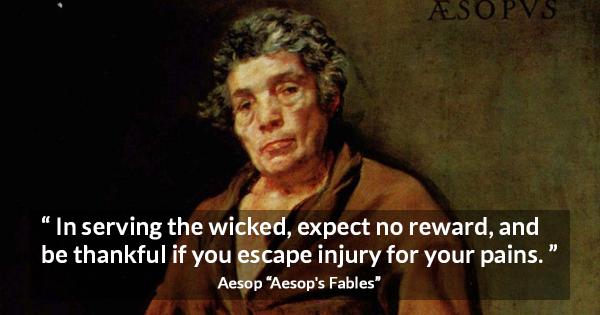 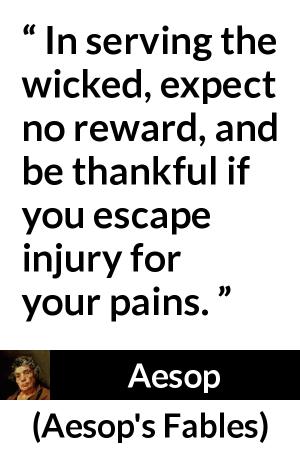 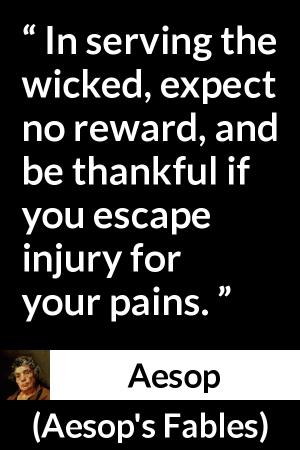 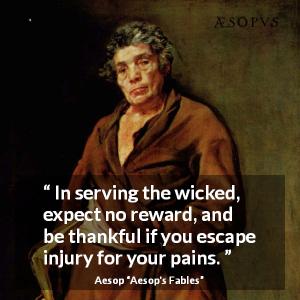