“No one, on the contrary, has ever taken this view of moral excellences, although they also are innate; they have rather always been regarded as something proceeding from the man himself, essentially belonging to him, nay, constituting his very self. But it follows now from this that the will is the true nature of man; the intellect, on the other hand, is secondary, a tool, a gift.
Answering to this, all religions promise a reward beyond life, in eternity, for excellences of the will or heart, but none for excellences of the head or understanding. Virtue expects its reward in that world; prudence hopes for it in this; genius, again, neither in this world nor in that; it is its own reward. Accordingly the will is the eternal part, the intellect the temporal.” source

“A moderated religion is as good for us as no religion at all—and more amusing.” C. S. Lewis, The Screwtape Letters

“In serving the wicked, expect no reward, and be thankful if you escape injury for your pains.” Aesop, Aesop's Fables

“He values my understanding and talents more highly than my heart, but I am proud of the latter only.” Johann Wolfgang von Goethe, The Sorrows of Young Werther 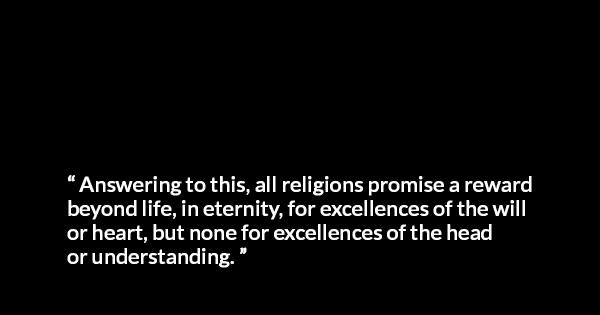 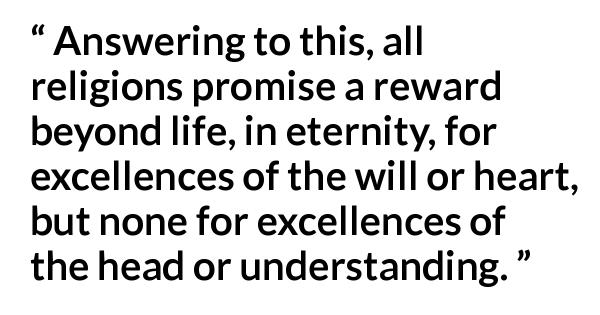 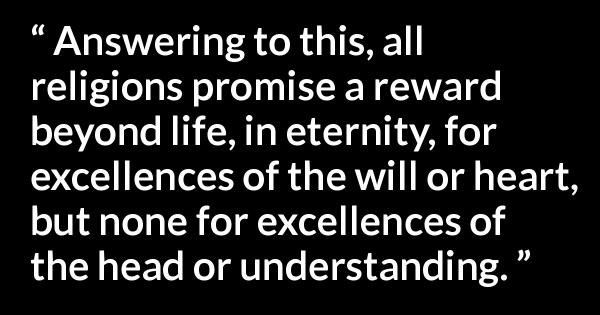 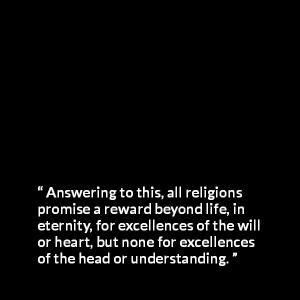 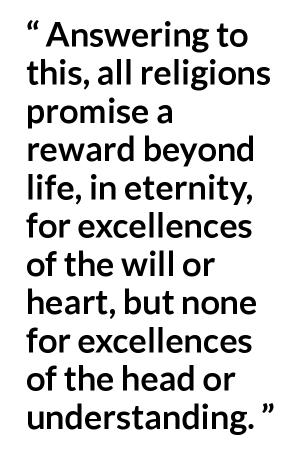 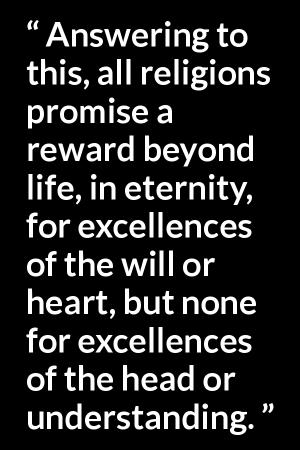