“ For him the universe did not extend beyond the circumference of her petticoat, and he reproached himself with not loving her. ”
Gustave Flaubert, Madame Bovary (1856). copy citation

“Later on, when he studied medicine, and never had his purse full enough to treat some little work-girl who would have become his mistress? Afterwards, he had lived fourteen months with the widow, whose feet in bed were cold as icicles. But now he had for life this beautiful woman whom he adored. For him the universe did not extend beyond the circumference of her petticoat, and he reproached himself with not loving her. He wanted to see her again; he turned back quickly, ran up the stairs with a beating heart. Emma, in her room, was dressing; he came up on tiptoe, kissed her back; she gave a cry.
He could not keep from constantly touching her comb, her ring, her fichu; sometimes he gave her great sounding kisses with all his mouth on her cheeks, or else little kisses in a row all along her bare arm from the tip of her fingers up to her shoulder, and she put him away half-smiling, half-vexed, as you do a child who hangs about you.” source
Original quote
“L'univers, pour lui, n'excédait pas le tour soyeux de son jupon ; et il se reprochait de ne pas l'aimer, il avait envie de la revoir” Gustave Flaubert, Madame Bovary

“she could never love a man like him, because he understood the Universe, and all human feelings look small when viewed from a distance.” Paulo Coelho, Brida

“He did not care if she was heartless, vicious and vulgar, stupid and grasping, he loved her. He would rather have misery with the one than happiness with the other.” W. Somerset Maugham, Of Human Bondage

“If he loved with all the powers of his puny being, he couldn't love as much in eighty years as I could in a day.” Emily Brontë, Wuthering Heights

“There was only one creature in the world that could concentrate for him all the brightness and meaning of life. It was she.” Leo Tolstoy, Anna Karenina

“He wondered how it could have taken him so long to realize how much he cared for her, and he told her so, and she called him an idiot, and he declared that it was the finest thing that ever a man had been called.” Neil Gaiman, Stardust 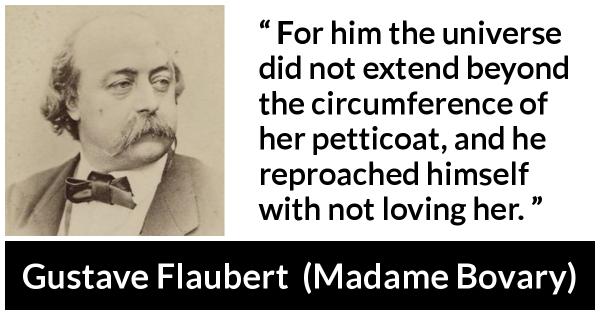 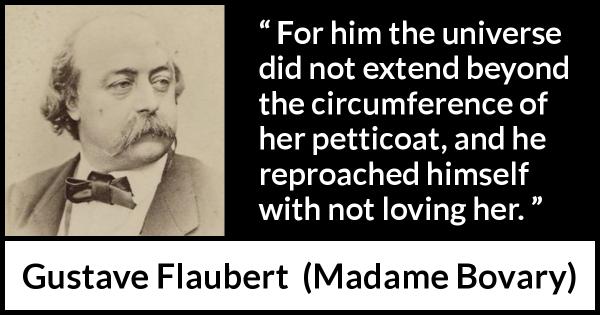 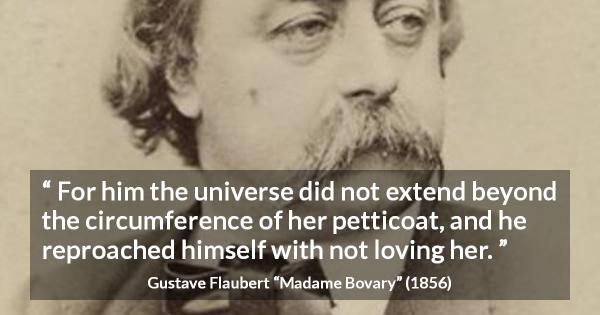 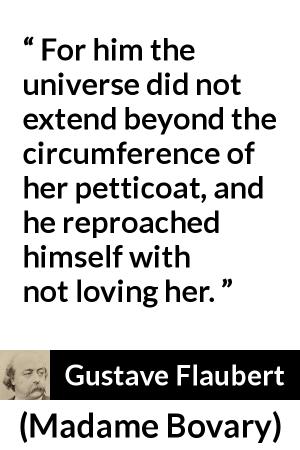 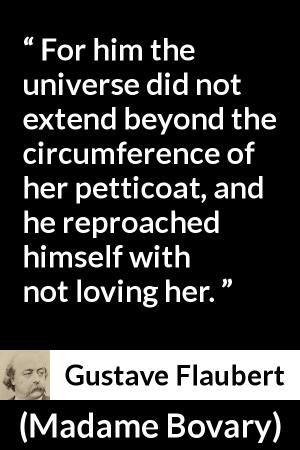 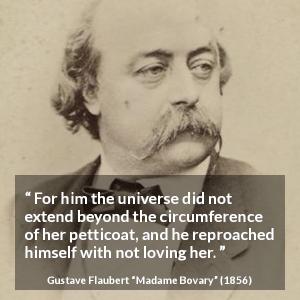