“ Coin is the sinews of war. ”
François Rabelais, Gargantua and Pantagruel (1534). copy citation

“As soon as he was gone, the monk restored unto Grangousier the three score and two thousand saluts which he had received, saying, Sir, it is not as yet the time for you to give such gifts; stay till this war be at an end, for none can tell what accidents may occur, and war begun without good provision of money beforehand for going through with it, is but as a breathing of strength, and blast that will quickly pass away. Coin is the sinews of war. Well then, said Grangousier, at the end I will content you by some honest recompense, as also all those who shall do me good service.
Chapter 1. XLVII.—How Grangousier sent for his legions, and how Touchfaucet slew Rashcalf, and was afterwards executed by the command of Picrochole.” source

“Each piece of money is a mere coin, or means of circulation, only so long as it actually circulates.” Karl Marx, Das Kapital

“A coin is as dangerous as a sword in the wrong hands.” George R. R. Martin, A Storm of Swords

“WAR, n. A by-product of the arts of peace.” Ambrose Bierce, The Devil's Dictionary

“War is a contagion, whether it be declared or undeclared.” Franklin D. Roosevelt, Quarantine Speech

“All other trades are contained in that of war.” Cormac McCarthy, Blood Meridian

“Every gun that is made, every warship launched, every rocket fired signifies, in the final sense, a theft from those who hunger and are not fed, those who are cold and are not clothed. This world in arms is not spending money alone. It is...” Dwight D. Eisenhower, The Chance for Peace 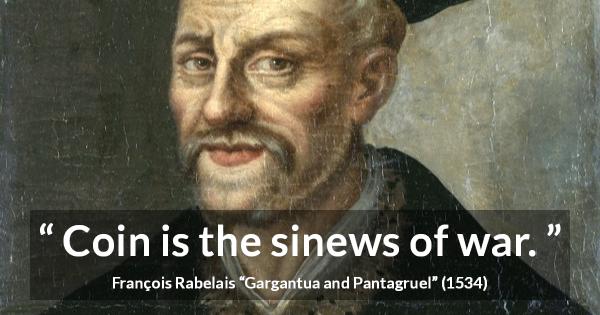 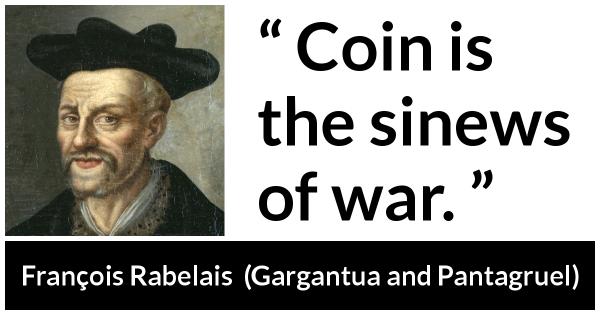 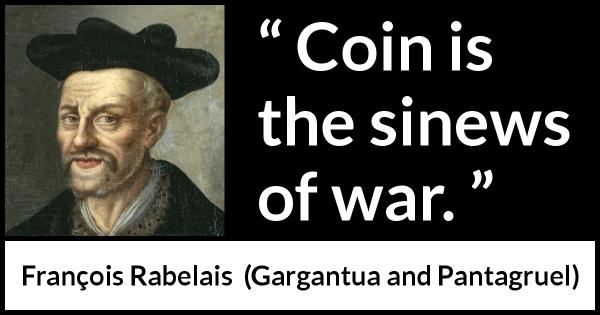 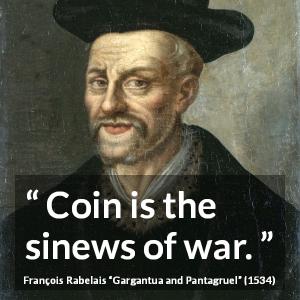 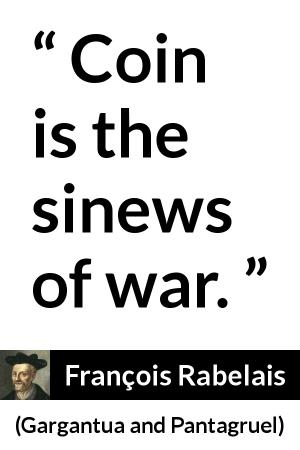 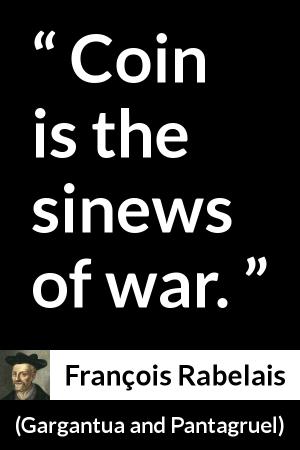